Just how powerful are power poses? Not very, as it turns out.

Ever since a widely read study was published in Psychological Science in 2010 — which showed that taking a moment alone before an important meeting to assume one of two power poses can boost your self-confidence, and even change your hormone levels — power poses have become a self-help sensation. The poses are simple and are common among powerful people: sitting back in a chair with your feet on a desk and your fingers laced behind your neck, or standing and leaning in toward a desk supporting your weight with your fingertips. A TED talk delivered by Amy Cuddy, an associate professor at Harvard Business School and a co-author of the study, has been viewed an astounding 43 million times. And no wonder. As the paper’s introduction promises: “…a person can, by assuming two simple 1-min. poses, embody power and instantly become more powerful…”

Or not. According to 11 recently released studies in two different journals — Comprehensive Results in Social Psychology (CRSP) and Social Psychological and Personality Science — the original paper was flawed, so flawed that it now appears power poses don’t do much of anything at all. Researchers attempting to replicate the results with a larger study group — 200 people compared to the original study’s 42 — failed to duplicate the confidence-boosting effect. The original study also measured the effects of the poses in a contrived laboratory setting, measuring how many risky decisions people made in a low-stakes gambling task after the poses — not exactly the same pressures faced when making a big presentation to the boss or asking for a raise.

“What we found is that all of these effects are missing in the real world,” says Joseph Cesario, an associate professor of psychology at Michigan State University, who co-led the new research. “If you hold a power pose for two minutes in a bathroom and then go negotiate with your boss, it’s a different situation. There’s another person in the room now and that person is in a higher spot on the social hierarchy than you are.”

After multiple researchers failed to find the same results Cuddy did, one of the authors of the original 2010 paper, Dana Carney, associate professor at the University of California, Berkeley, School of Business, decided to work with Cesario on the new research. She reviewed the seven papers in the CRSP collection, signed off on their validity and coauthored an essay introducing them that detailed the problems with the original study.

But while power poses no longer have scientific backing, researchers say there are other ways to improve your performance and people’s perception of you in meetings:

Carney argues that nonverbal displays in the presence of other people — not simply by yourself before a meeting — can make a real difference.

“Just as a smile still signals to others that a person feels good or is happy, certain nonverbal displays signal confidence and the possibility that one is higher within a given hierarchy,” she says. The displays include an expansive or open posture, speaking more, looking at the other person while speaking, and initiating touch. Moderation is key here since it’s easy to cross the nonverbal line from confident to creepy. But done right, signaling your sense of authority helps people treat you accordingly and that can be a confidence booster all by itself.

Even more important than boosting your confidence is boosting your competence, says Cesario. “There’s something great about feeling powerful and confident,” he says. “It can help you persist. But it works only when that sense comes from something real. If you’re lacking competence, the best thing you can do is develop it.”

That can mean going back to school for additional training in a field that appeals to you, or accepting an entry-level job and learning as you go. Sometimes it means the simple muscle work of exhaustively preparing for a pitch meeting or a job interview. Cesario also suggests a sort of self-pacing throughout your career — neither overreaching nor under reaching as you pursue your goals.

“Setting moderately strong challenges along the way — and seeing yourself achieve those — is what can help,” he advises.

Certainly, there will always be room for a little self-psyching — the internal equivalent of a locker room speech before you take the field. If that includes stretching or posing in a way that both literally and metaphorically stiffens your spine, have at it. But a pose will always be just a pose without the power of your skills to back it up. 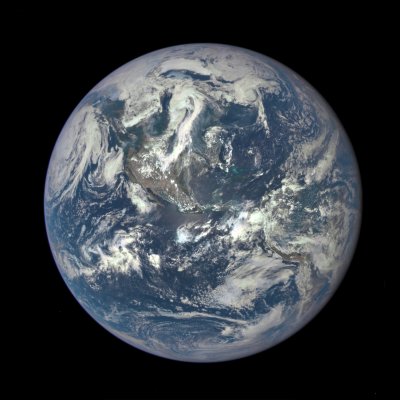 David Meade Said the World Was Going to End Last Weekend. Now He Says It's Really Happening in October
Next Up: Editor's Pick