A South Carolina elementary school teacher has been placed on administrative leave after she asked her fifth grade students to imagine they are members of the Ku Klux Klan and told them to justify their treatment of black people.

The assignment last week sparked outrage from family members and tears from at least one 10-year-old student who couldn’t bring himself to complete his homework, according to the student’s uncle, Tremain Cooper.

“I felt sad. I felt anger,” Cooper told NBC Charlotte. “It was heartbreaking for us.”

Cooper posted a photo of the assignment on Facebook last Thursday. The assignment read: “You are a member of the K.K.K. Why do you think your treatment of African-Americans is justified?”

Cooper said his nephew was “home crying right now” over the assignment. Cooper also questioned how a teacher could ask a fifth grader to justify the actions of the KKK.

“I felt bad for my nephew because he was emotional. He had become upset because he thought he may get in trouble because he wasn’t able to complete his assignment,” Cooper told NBC.

The school district said it is standard for fifth graders to learn about the Reconstruction Era after the Civil War, as well as discriminatory group like the KKK. But it acknowledged the teacher’s specific assignment should not have been given to students. “We must teach the standard, but we are taking steps to ensure this particular assignment will never be used again,” Lexington-Richland School District Five spokeswoman Katrina Goggins said in a statement.

Goggins said the school district has begun its “standard personnel investigation procedures” and has placed the teacher on administrative leave. Goggins did not specify whether the leave was paid. 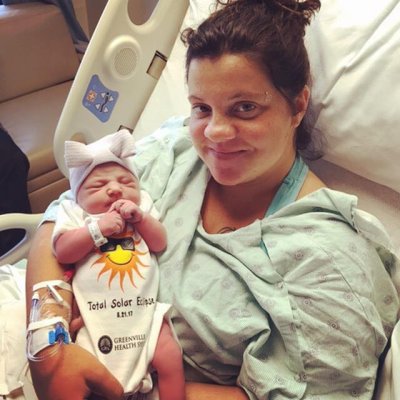 This Baby Was Born on the Day of the Solar Eclipse. And She Has the Perfect Name
Next Up: Editor's Pick