Review: Gaga: Five Foot Two Shows a Superstar at Her Most Vulnerable

This week, Lady Gaga announced that she was postponing the European leg of her world tour — a series of stadium shows that had been meant to be a globetrotting victory lap after her smashingly successful Super Bowl halftime show in February. “I have always been honest about my physical and mental health struggles,” the singer wrote on Twitter.

The singer’s struggle with chronic pain is one of the several threads of Gaga: Five Foot Two, a backstage documentary arriving on Netflix Friday. The film is without much precedent — documentaries of its sort are generally filmed at a carefully selected moment during which the artist will be shown at their best. From the start, Five Foot Two shows Gaga at a professional and, arguably, personal low point. Rarely in the pop world have calculation and need rubbed up against one another in such a combustible way, particularly given that Gaga made her name on her status as someone deeply focused on image and long seemed too over-the-top to ever be brought low. The documentary is a riveting piece of work.

The action of the film follows the creation, release and promotion of her most recent album, Joanne — even as that process is vexed by both personal ailments and a marketplace that’s cooling on Gaga. Her last studio album, Artpop, was widely deemed a commercial and creative disappointment. Her desperation is evident when Gaga arrives at a Walmart to buy Joanne on the night of its release. She wants both to be recognized by the store’s employees (whom she rather irritatingly hectors to stock more copies) and to be seen being recognized by them. The anxiety here is expressed inadvertently — the film seems to think it’s a cute moment of a star meeting her public — but elsewhere, the film shows glimmers of knowing what it’s doing. For all that Gaga’s halftime show is a triumph, it’s shown to be a somewhat conditional one, as the singer too-breezily tells the fairly conservative NFL that she actually wants a show less elaborate than her fans might expect. Another canny segment shows her repeating, over and over, that the album is her “most personal” yet to various members of the press. But how personal can it be after having been wrung through such a demanding press cycle? Or in recent years, as Gaga atoned for her last album’s failure by pointedly shedding her skin in endless stripped-down press moments, from American Horror Story to the Oscars? Or after its status as a document of Gaga’s private thoughts and feelings has been so endlessly stipulated as part of her career trajectory?

And yet annoyance with the approach is mitigated by the real challenges Gaga is facing down. Joanne takes its title from the singer’s late aunt, who died at 19 from complications of lupus. When the singer visits her grandmother to play her the title track, her father stoically walks out of the room so as not to cry on camera. For all that Gaga’s ebullience about her album feels put-on, her pride in her tribute to her aunt and her raw disappointment with herself as she weeps with pain rings true. In one scene, she attempts to speak thoughtfully about how fame and access have helped her medical struggle in ways others can’t access, before she shatters. “Do I look pathetic?” she asks. “I’m so embarrassed.”

This film comes out roughly a decade into Gaga’s career, around when her natural antecedent, Madonna, appeared in her own documentary, Truth or Dare. From the beginning, Gaga, an ambitious and ideology-driven Italian-American with an attitude as big as her hooks, has been compared to the “Like a Prayer” singer. Gaga’s complaint about the pair’s long rivalry — expressed to camera in a long, confessional jag — is that Madonna wasn’t open and frank enough with her critiques of Gaga. Well, duh. Contrast Five Foot Two and Truth or Dare — in the former, anxieties bleed through the lens moment-to-moment. In the latter, every shot works toward a cumulative sense that Madonna is eminently in control. Gaga admits to her hurts, and shows them in urgent fashion. When Madonna’s on camera, she scoffs or drops small hints, subtly seeded insecurities that only fans acquainted with the liner notes of her life will pick up. It’s the difference between a singer seeking to document her continued romp through pop culture and one seeking to get back into its inner circle.

Other pop documentaries in recent memory, like Beyoncé’s Life Is But a Dream and Katy Perry: Part of Me have stuck to the Madonna playbook, spotlighting highs upon highs. The Perry documentary in particular basically sidelines its star, caught up in the calculated-but-still-flukily-huge maelstrom around her 2010 album Teenage Dream, in favor of interviews with fans. When she’s finally allowed on camera at length, Perry wordlessly breaks down over the final collapse of her marriage, but goes on with her scheduled concert anyway. It was a carefully chosen, riveting moment that made her look like a pop-world champion. Here, we see Gaga getting her makeup done before a medical procedure as she mutters to herself to get over the online leak of Joanne. It’s a painfully raw moment for just how much it seems unextraordinary — just another day in the life of someone who aspires to be the biggest pop star in the world again.

Five Foot Two overflows with too-much-ness in a way no other music documentary could. It’s centered around a personality whose need to be seen and understood is running up against implacable realities. Its very existence is owed to Gaga’s expressiveness, even as it documents a period of time a career-minded singer might have kept hidden. “It doesn’t get any bigger than this,” Gaga asks just before the Super Bowl halftime show. “So what do I do after this?” A member of her entourage tells her she’ll play stadiums for the rest of her life, and she looks thoughtful. That was, and remains, the plan for the delayed Joanne World Tour. Given what they’ve seen, audiences will understand the delay. And, eventually, they’ll hear Gaga’s most personal music yet, songs that cut less close to the heart than does this unusually frank film. A film that might, for other artists with other careers, have been meant to support an album has now exceeded it. 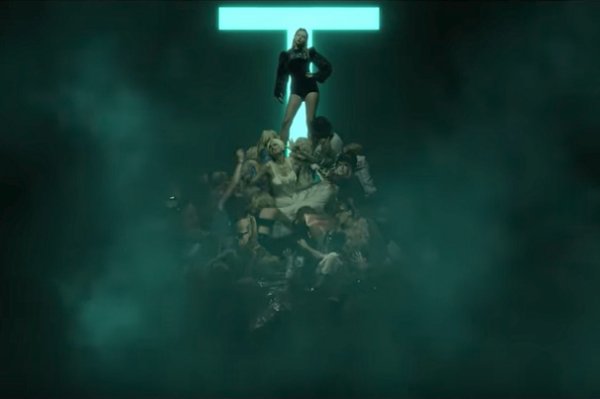