'We Can't Let Them do This to Our Children.' Jimmy Kimmel Gives Another Heart-Wrenching Plea on Health Care

As the Senate nears a deadline for a last-ditch effort to repeal Obamacare, television host Jimmy Kimmel stepped up to tell his audience how he believed the new Republican health care plan could hurt them and their families.

“This new bill actually does pass the Jimmy Kimmel test,” Kimmel said Tuesday night on his show Jimmy Kimmel Live! “But with this one, your child with a pre-existing condition will get the care he needs, if — and only if —his father is Jimmy Kimmel.”

Kimmel’s monologue is his second on health care reform, and comes amidst a push among Senate Republicans for a vote on the Graham-Cassidy bill, the newest iteration of legislation to repeal Obamacare composed by Senators Lindsey Graham and Bill Cassidy. The proposed legislation would repeal the individual mandate that requires consumers to purchase health insurance and provide states with decade-long block spending for health care. The Senators need 50 votes for the bill to pass, but only have until September 30th to get them.

“Healthcare is complicated, it’s boring — I don’t want to talk about it — the details are confusing, and that’s what these guys are relying on,” Kimmel said. “We are all just looking at our Instagram accounts liking things, when they are voting on whether people can afford to keep their children alive or not.”

“We can’t let them do this to our children, our senior citizens, our veterans, or to any of us,” he added.

Kimmel’s first plea came in May, shortly after the birth of his son Billy, who was born in April with a heart condition that required immediate surgery. Kimmel delivered a tearful monologue describing the agony of learning about his son’s condition, and how it had opened his eyes to the importance of equality in the health care system.

“If your parents didn’t have medical insurance, you might not live long enough to even get denied because of a pre-existing condition. If your baby is going to die and it doesn’t have to, it shouldn’t matter how much money you make,” Kimmel said at the time.

Cassidy said in May that any repeal efforts had to pass the “Jimmy Kimmel test,” ensuring a child like Billy would have all the necessary resources for survival. But experts in the medical field who have assessed the Graham-Cassidy bill do not believe it would adequately cover people with pre-existing conditions like Billy.

Earlier on Tuesday, Kimmel posted a photograph on Twitter working on his script with his son. “Billy’s helping me write tonight’s monologue,” he wrote. 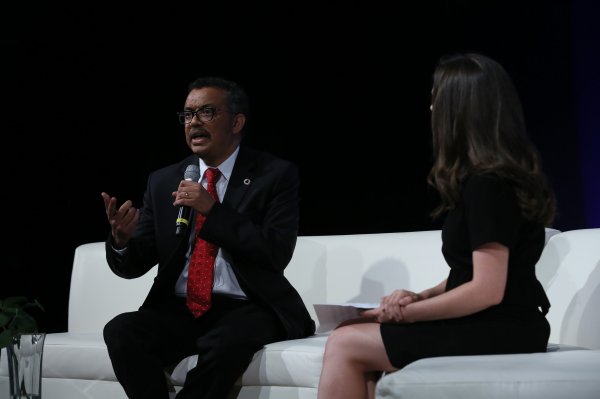