'I Had a Right to Be at Central': Remembering Little Rock's Integration Battle

It was late September 1957, and students at Little Rock Central High School in Arkansas had been in class for three weeks. Everyone, that is, but 14-year-old Carlotta Walls and eight other teenagers who were to be Central High’s first black students. They had been prevented from entering the school by an angry mob of citizens, backed up by a group of Arkansas National Guardsmen.

But on Sept. 25, under escort by federal troops, Carlotta and her classmates walked up the front steps of Central High and into history.

They became the highest-profile black students in the United States to integrate a formerly all-white school. This month, Little Rock will celebrate the 60th anniversary of that pivotal moment in the civil rights movement by honoring the students who became known as the Little Rock Nine, with events including speeches by eight of the students as well as former president and Arkansas governor Bill Clinton.

For Carlotta Walls LaNier, the anniversary is a chance to raise awareness about the fight for racial equality. “Our purpose is for people today to understand why [kids] are sitting in classrooms with those who don’t look like them,” she tells TIME. “It was due to our success at Central 60 years ago.”

The School Year That Made History

Three years earlier, the Supreme Court had ruled in Brown v. Board of Education that school segregation was unconstitutional, but many areas, like Little Rock, refused to put that decision into action.

During the previous school year, Carlotta Walls had been a student at an all-black junior high school, where her homeroom teacher was aware of a district-wide decision to gradually implement the changes that would be required. That teacher asked the students if they were interested in attending Central High, the city’s most prestigious high school. Carlotta jumped at the opportunity and signed up without asking her parents. “I knew what Brown meant, and I expected schools to be integrated,” LaNier, now 74, says. “I wanted the best education available.” It wasn’t until her registration card arrived in the mail in July that her parents found out she had enrolled.

But being enrolled in Central High and attending classes were two different things. On the first day of the new school year, angry mobs of segregationists confronted the nine students on their way to Central. The protesters shouted racial slurs and chanted, “Two, four, six, eight, we ain’t gonna integrate.” As the teens approached the school, the state’s National Guardsmen—dispatched by Governor Orval Faubus to enforce segregation, despite the Supreme Court’s ruling—blocked them from entering.

President Eisenhower was outraged. “Mob rule cannot be allowed to override the decisions of the courts,” he said in a televised speech on Sept. 24, 1957. The president sent 1,200 soldiers from the U.S. Army’s 101st Airborne Division to protect the teenagers.

But, though each of the Little Rock Nine was assigned a personal military escort for the duration of the year, the troops were not allowed to enter classrooms, bathrooms or locker rooms. As a result, LaNier, like the eight other black students, endured daily indignities, threats and violence. Students spat on her and yelled insults like “baboon.” They knocked books out of her hands and kicked her when she bent down to pick them up.

Despite the constant attacks, Carlotta refused to cry or retaliate. “I considered my tormentors to be ignorant people,” she says. “They did not understand that I had a right to be at Central. They had no understanding of our history, Constitution or democracy.”

Harrowing images of the students dominated national news coverage. Central High became emblematic of the nation’s struggle for racial integration. Little Rock was “the first really public and visible test case of whether Brown is going to succeed in the South,” says Michael Brenes, a historian and archivist at Yale University. As LaNier wrote in her memoir, A Mighty Long Way, “I learned early that while the soldiers were there to make sure the nine of us stayed alive, for anything short of that, I was pretty much on my own.”

And attending class in 1957 wasn’t the end of the fight for the Little Rock Nine, either. The next year, Governor Faubus closed all of Little Rock’s public high schools to avoid integration, leaving 3,700 students stranded. Carlotta was not deterred, completing 11th grade by taking correspondence courses. Just a month before receiving her high school diploma, a bomb blew through her house. Carlotta made a point of returning to school the following day. “If I had not gone,” LaNier told NBC News in 2015, “they would have felt like they had won.”

Little Rock wasn’t the only city to resist school desegregation following the Brown decision, but the stark images that emerged from that particular conflict fueled public support for desegregation around the country. “When people saw what was going on, they were genuinely shocked and horrified,” says Brenes. “I don’t think you would have had the growth in the Civil Rights Movement if not for Little Rock.”

The crisis at Central High School did lead to increased school integration throughout the nation. But 60 years later, many public schools in the U.S. are still divided. The number of schools isolated along racial and economic lines more than doubled over a 13-year period ending in the 2013 school year, according to a 2016 Government Accountability Office study. What’s more, the report found that schools with higher concentrations of black or Hispanic and poor students offered fewer educational opportunities, including science, math and college-prep classes.

“The statistics are dire,” says Brenes. “This is not a Southern problem anymore. This is a national problem.”

As national attention turns back to Little Rock, LaNier views the anniversary of the Little Rock Nine walking through the doors of Central High School as both a celebration of progress and a call to action.

“We still have work to do,” she says. “We have to make sure the progress we’ve made is not reversed.”

Lina Mai is an Education Editor at TIME Edge. 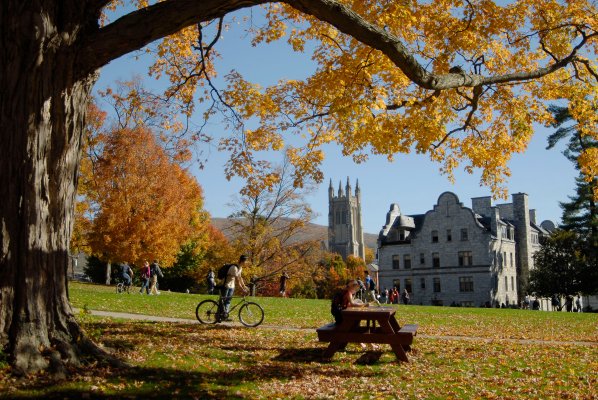