The earthquake that struck Mexico City on Tuesday hit on the same exact calendar date on which the capital was hit by a violent earthquake in 1985. The earlier quake left behind a trail of rubble and about 10,000 people dead.

The coincidence is eerie, and sympathizers around the world will surely hope that the similarity stops with the identical Sept. 19 date. While Tuesday’s 7.1. magnitude quake falls short of 1985’s 8.0 magnitude tremor, it still classifies as a “major” earthquake on the Richter scale. Videos shared on social media reveal crumbling structures and smoke rising over the city due to fallen debris. The full extent of the damage remains to be seen.

In 1985, TIME featured a story about the deadly quake on its cover. The piece, titled “A Noise Like Thunder,” captured why earthquakes in Mexico City can be so particularly dangerous:

The story’s writer, Ed Magnuson, was also able to draw on the frightening experience of TIME reporter Andrea Dabrowski, who “was pouring coffee in the kitchen of her apartment in the center of the capital” at the moment the devastating earthquake struck: 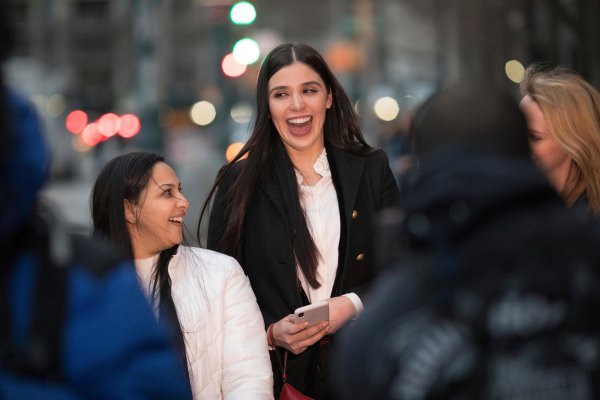