These Are 40 of the Most Terrifying Words in Donald Trump's U.N. Address

Glaser is director of foreign policy studies at the Cato Institute, where Ashford is a research fellow.

President Donald Trump is poised to make one of the most fateful decisions of his White House tenure. In his speech to the United Nations General Assembly, he lambasted the regime in Iran and, in a deeply misleading reference to the Iran nuclear deal negotiated by his predecessor, he said this of the United States:

“We cannot abide by an agreement if it provides cover for the eventual construction of a nuclear program.”

“Frankly, that deal is an embarrassment to the United States, and I don’t think you’ve heard the last of it, believe me.”

That threat is an apparent reference to Trump’s stated intention to begin to deliberately unravel the nuclear deal next month. Yet his Administration has offered no good alternative, and every policy option outside the deal will push Iran towards the bomb. The President is choosing to risk a dangerous and destabilizing confrontation.

Following the signing of the Joint Comprehensive Plan of Action (JCPOA), which rolled back Iran’s nuclear program in 2015 and placed stiff restrictions on it for the foreseeable future, Congress passed legislation requiring the president to certify Iranian compliance every 90 days. Iran is clearly abiding by the deal’s requirements, as President Trump himself has twice formally acknowledged. But the President appears determined to ignore U.S. allies, his own intelligence community and the International Atomic Energy Agency, which has affirmed eight separate times in detailed reports that Iran is in compliance with the deal.

This desire to withdraw from the JCPOA is difficult to explain. Whatever his reasoning, this much is clear: All of America’s options outside the JCPOA carry unacceptably high risks and threaten to exacerbate the very behavior Iran hawks hope to forestall.

The first obvious alternative is re-imposing harsh economic sanctions related to the nuclear program. But any renewal will only affect change with European support, which the United States is unlikely to receive if it unilaterally withdraws from a successful arms control agreement without cause. The trade-off — new sanctions in exchange for an unfettered Iranian nuclear program — is undoubtedly worse for U.S. security.

Another option supported by some in Washington is a policy that challenges Iranian influence in the Middle East, through support for an anti-Iran coalition or direct military action against Iranian proxies in Iraq, Syria or Yemen. But more U.S. military involvement in these battles won’t substantially moderate Iranian behavior and risks bogging American forces down even further in endless regional conflicts.

Some in the Trump Administration, including Secretary of State Rex Tillerson and C.I.A. Director Mike Pompeo, have advocated supporting Iranian opposition groups in order to foment internal unrest and generate “regime change from within.” In his U.N.G.A. speech, Trump reiterated this sentiment, framing his comments on Iran by pitting the people against the government. “Iran’s people are what their leaders fear the most,” he said. “Oppressive regimes cannot endure forever, and the day will come when [Iran’s] people will face a choice” to change the regime in Tehran.

This is hopelessly unrealistic. First, no viable candidate exists for U.S. support. The exiled opposition group Mujahadeen-e-Khalq (MEK) is a favorite of U.S. hawks and Trump allies like former U.N. Ambassador John Bolton and former House Speaker Newt Gingrich. But the MEK was designated a terrorist group by the State Department as recently as 2012, and they have zero support base inside Iran. Another oft-cited candidate for U.S. support is the so-called Green Movement that emerged amid the protests over the contested Iranian presidential elections in 2009. But Green Movement leaders have never suggested they are interested in overthrowing the regime and, in any case, whatever popular support the movement continues to have would quickly evaporate with any whiff of U.S. backing.

More to the point: America’s record of regime-change operations, whether overt or covert, is one of consistent failure and blowback. Recent history counsels we reject such policies.

Perhaps the most extreme alternative to the JCPOA is military action, most likely in the form of targeted airstrikes on select Iranian nuclear facilities. Such a policy would harken back to the preventive war doctrine adopted by the Bush Administration in the run-up to the U.S. invasion of Iraq. Not only would this option violate international law, which requires either a legitimate self-defense rationale or U.N. Security Council approval for such a use of force, it could easily escalate to a regional conflagration that would cost more in blood and treasure than the Iraq and Afghanistan wars combined.

In her recent speech at the American Enterprise Institute, U.S. Ambassador to the United Nations Nikki Haley argued that if President Trump chooses not to certify Iranian compliance, it would merely open a debate on Iran’s nuclear program and on the future of U.S.-Iranian relations. She neglected to mention the reality of that debate.

If President Trump chooses not to certify Iranian compliance in mid-October, he will be kicking off a process likely to end U.S. participation in the nuclear deal, split us from our European allies, weaken moderate reformers in Iran and set the United States down a far more dangerous and confrontational path.

Trump inherited an Iran that forfeited 98% of its enriched uranium, dismantled two-thirds of its operating centrifuges and opened itself up to the most intrusive inspections regime ever voluntarily agreed to by any state. Undermining the JCPOA could undo all of that. Trump’s decision will shape the U.S.-Iran relationship for decades to come, and may ultimately mean the difference between war and peace. 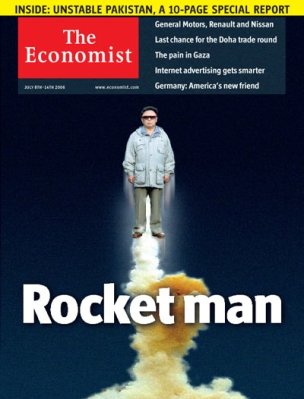