This Quora Answer Is the Perfect Metaphor for White Privilege

Answer by Omar Ismail, Stand Up Comedian, on Quora.

I am white. That’s all you know about me. Am I privileged based on that alone and assuming I am, should I feel guilt and what should I do about it?

Consider it this way. All I know about you is you’re tall.

Do you have any advantages?

Does that mean you don’t deserve the can of tuna on the higher shelf? No. Nobody is saying that. Eat away mighty giant.

Should you feel guilty about getting the tuna from the top shelf? No. Nobody is saying that. Lighten your soul’s burden and let it fly free in the clouds beneath your knees.

Does that mean short people can’t get the tuna? No.

Does that mean there aren’t disadvantages of being tall? No.

Nobody is saying that. You have our sympathy for your poor bruised knees.

What people are saying is:

It means you have an advantage, and all anyone is asking is that you *get* that. Once you get that, it’s pretty straightforward to all the further implications.

This question originally appeared on Quora: I am white. That’s all you know about me. Am I privileged based on that alone and assuming I am, should I feel guilt and what should I do about it? 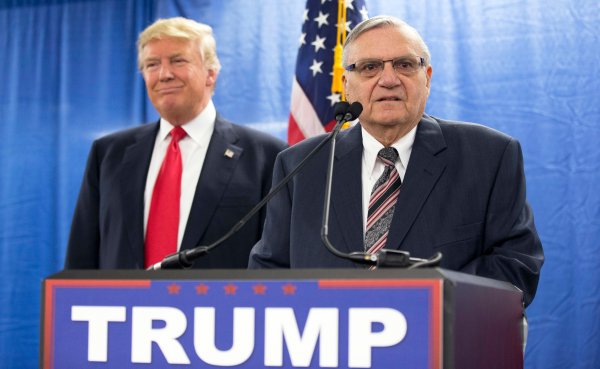 Jorge Ramos: Trump’s Arpaio Pardon Is a Defense of Racism
Next Up: Editor's Pick