There is, arguably, no more quotable person in the travel sphere than Anthony Bourdain.

Whether he’s proclaiming his “disgusting, shameful” love of fast food macaroni and cheese or shocking whiskey purists, the travel T.V. host has a proclamation for almost everything.

In an interview with Maxim — conducted while he was getting a tattoo, of course — Bourdain declared the one city that he could live in forever: Tokyo.

“If I had to agree to live in one country, or even one city, for the rest of my life, never leaving it, I’d pick Tokyo in a second,” Bourdain told the magazine. He likened his first Tokyo trip to his first acid trip in that afterwards “nothing was ever the same.”

Bourdain then went on to wax poetic about Japanese minimalism, pedagogy, and principles of beauty.

Bourdain’s fascination with Tokyo and Japanese culture is well-documented. Not only does he avidly practice the Japanese martial art jiu-jitsu, he wrote a graphic novel about a sushi chef who beheads customers ordering California rolls.

However Bourdain is unlikely to stay in one place for too long. In a Reddit AMA, he revealed that he’s been considering places for retirement. And while previously Bourdain had long considered the idea of retiring to Vietnam, he recently said that he’s “leaning very much toward Italy,” despite all the “dangerous” carbs there. We suspect his change of heart may have something to do with his Italian girlfriend, actress Asia Argento. 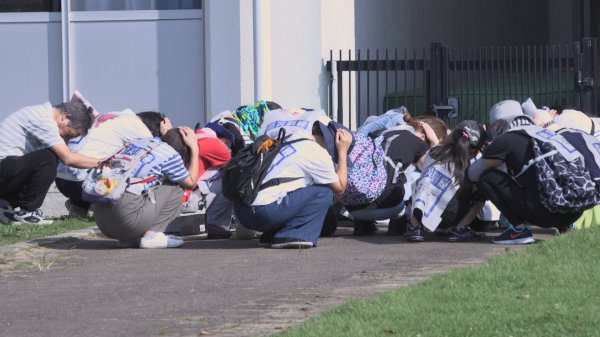 How Japan Is Preparing for a North Korean Nuclear Attack
Next Up: Editor's Pick