Gossip Girl finished its six-season run long before Donald Trump was elected President of the United States, but there’s apparently one storyline the showrunners would have tweaked if they had known what was coming.

In an interview with Vulture to mark the 10th anniversary of the premiere of the beloved teen drama, co-creator Josh Schwartz and executive producer Joshua Safran shared their thoughts on the season four cameo by First Daughter and White House adviser Ivanka Trump and her husband, White House senior advisor Jared Kushner — who appeared as themselves in the episode “Easy J.”

“With Jared and Ivanka, it would’ve been, ‘They’re on a list and they’re in town, reach out and see if they’re available,'” explained Safran.

Schwartz then chimed in to reveal that, in hindsight, there’s one change they would have made to the storyline. “We regret not having Jared Kushner speak when he was on the show,” he said, presumably referring to the online uproar over Kushner’s voice earlier this year. “We could’ve had a recorded video of his voice!”

However, the pair claimed they don’t regret the appearance as a whole.

“I’m sure Lily van der Woodsen knows Trump and would have been on the board of charities with him or Melania. That’s the world of Gossip Girl, so to deny it would be wrong. I think it was literally a [New York] Observer party,” Savage said of the scene, referring to the newspaper that Kushner owned at the time.

Watch the cameo below. 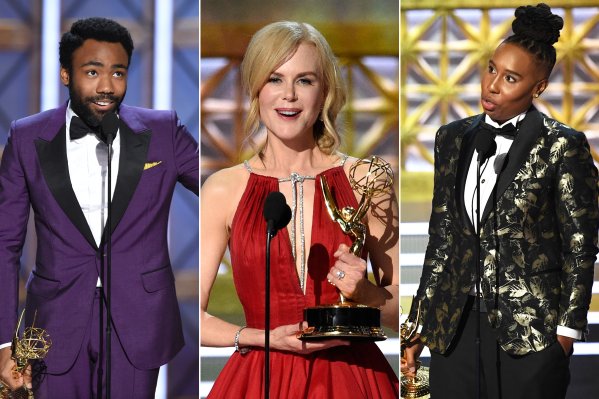 TV Is Changing for the Better. Just Look at the Records Broken at the 2017 Emmys
Next Up: Editor's Pick