The Story Behind the Truman Quote in President Trump's U.N. Speech

In his first speech as President at the U.N. General Assembly, Donald Trump on Tuesday expressed support for the organization by quoting one of his predecessors who was among the institution’s earliest supporters: President Harry S. Truman, who was a signer of the charter that established the U.N.

In discussing how the U.S. helped restore post-World War II Europe by providing support through the Marshall Plan, President Trump called on member states to “embrace their sovereignty” in the interest of the group. “Our support of European recovery is in full accord with our support of the United Nations,” Trump quoted Truman as saying. “The success of the United Nations depends upon the independent strength of its members.”

The speech from which Trump took those lines was Truman’s special message to Congress on Dec. 19, 1947, in which he asked Congress to pass legislation to fund the plan. Truman argued that for the U.S. to be great, Europe must be, too. “Considered in terms of our own economy, European recovery is essential,” he said, noting the U.S. would have to provide most of the funding necessary for the program to work.

The next day, Secretary of State George Marshall wrote Truman a letter thanking him for making the pitch, arguing “invariably what we have tried to do has been without selfish national prejudices and for the general good of people all over the world.”

Congress passed the legislation Truman asked for, and the President signed it into law in April of 1948. Estimates vary, but by the time the program ended in 1951, it had channeled somewhere between $12 billion and $13 billion in 1947 dollars (well over $100 billion in 2017 dollars) to more than a dozen nations. Around the 50th anniversary of its passage, a survey of 450 historians and social scientists by the Brookings Institution concluded that the Marshall Plan was “the greatest achievement of the federal government from the end of World War II until the beginning of the 21st century.”

There is a layer of irony in Trump quoting Truman in this context.

Though Trump used Truman’s words to make a nationalism-friendly case that the organization benefits when individual member states look out for themselves, he hasn’t always been supportive of the United Nations. He said he was a “big fan” of the U.N. in 2006, but stated on the 2016 campaign trail that “the United Nations is not a friend of democracy” and as President in April added that “You just don’t see the United Nations, like, solving conflicts.” (Moreover, Trump’s budget proposal for 2018 included cuts to foreign aid.)

By contrast, many historians say Truman consistently supported the U.N., an idea that had also been promoted by his predecessor Franklin D. Roosevelt and First Lady Eleanor Roosevelt. After Truman was sworn in on April 12, 1945, one of his first decisions was to make sure the U.S. sent a bipartisan delegation to the United Nations’ founding conference in San Francisco. The New York Times’ 1972 obituary for Truman noted that he envisioned the U.N. as a “mechanism” for “thwarting Soviet power plays and intrigue.” And, as historian Alonzo Hamby has written for the University of Virginia’s Miller Center, “In the years after World War II, Truman worked diligently to assure that the United Nations…would be a significant player in international life. For the most part, he succeeded.”

And yet, Trump and Truman do have certain connections when it comes to the foreign policy problems they face. In the same speech, President Trump vowed to “totally destroy” North Korea if it attacks the U.S. — and his predecessor faced conflict with North Korea, too, and brought the issue to the United Nations. Presidential historian Meena Bose explained in a book published in 2005 on Truman’s national security legacy:

As TIME reported on Tuesday, the U.S. would end up dropping more bombs in North Korea between 1950 and 1953 than it did in the entire Pacific theater during World War II — and that period would be one of the main inspirations for the North Korean nuclear program that is at the heart of the conflict today. 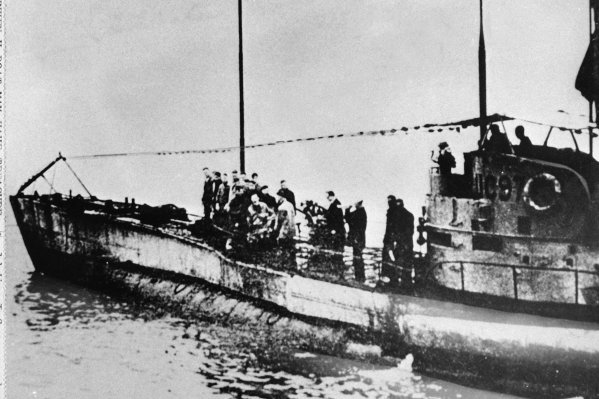