President Trump Threatened to 'Totally Destroy' North Korea. The U.S. Has Done That Before

President Donald Trump’s vow at the United Nations Tuesday to “totally destroy North Korea” if it attacks the U.S. will be taken very seriously in that country, which was utterly leveled by U.S. bombers six decades ago. American aircraft dropped more bombs on North Korea between 1950 and 1953 than they did in the entire Pacific Theater of World War II — 635,000 tons vs. 503,000 tons. The destruction was so extensive, and so thorough, that bomber crews spent much of the war searching for targets.

American planes bombed “everything that moved in North Korea, every brick standing on top of another,” said Dean Rusk, the State Department official in charge of east Asia at the time. A Soviet study later estimated that 85 percent of structures in the country were leveled. Some 32,000 tons of the bombs dropped were napalm, the jellied gasoline incendiary weapons that burst just above ground level and stick to human flesh.

“We . . . eventually burned down every town in North Korea,” Gen. Curtis LeMay, who headed the Strategic Air Command, later boasted to Air Force historians. “Over a period of three years or so we killed off, what, 20 percent of the population of Korea, as direct casualties of war or from starvation and exposure?”

This history, still obscure in the United States, is constantly cited by the government of North Korea (which technically remains at war with the South, and by extension its ally the United States, the Korean War having ended not in a peace treaty but a ceasefire.) It is, in fact, much of the reason the country is still ruled by the family of the dictator who began the war in 1950 by invading the Western-leaning South shortly after Washington pulled its forces out. Like his grandfather and father, Kim Jong Un keeps the history alive in order to justify his hold on power, and his investment in the nuclear weapons and missiles that, together, might shortly threaten the U.S. mainland.

But the fears reside in a shared memory, which Trump’s threat brought to vivid new life at the U.N. 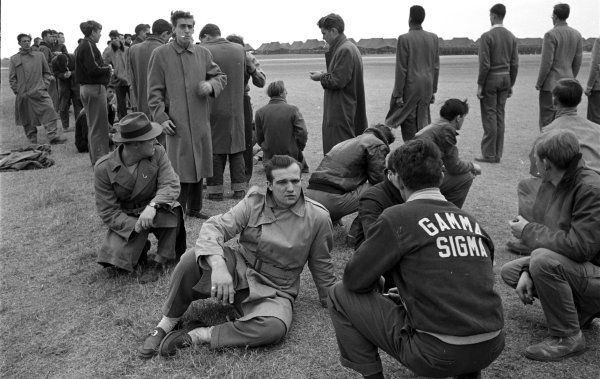 When the U.S. Air Force Got More Recruits Than It Could Handle
Next Up: Editor's Pick