Perhaps the most controversial moment of Sunday night’s Emmys came when Sean Spicer, former press secretary for President Trump, showed up onstage during host Stephen Colbert’s monologue to parody his own job performance, which had been the crux of many of Saturday Night Live‘s most searing commentaries — and the bane of many journalists’ existence while he was still in the gig.

While some found it funny, others thought the shocking appearance was in poor taste. So it rubbed many people wrong when Late Late Show host James Corden was later snapped leaning in to kiss Spicer’s cheek during an Emmys after party. The picture, shared on <a href="

“>Variety’s Instagram, quickly blew up as critics called out Corden for the moment.

So on Monday night, Corden made a point to address the controversy on his show — throwing in plenty of jokes for good measure.

“According to some reports, at the after-party, Spicer was the most popular guy in the room. And I just want to say, I think people are forgetting that this man lied to the American people, and should not be embraced,” he said in his monologue. “These Hollywood phonies kissing up to Sean Spicer are disgusting. I mean, who did this? Who are we talking about here?!”

“I know you think that is a picture of me kissing Sean Spicer but, in the spirit of Sean Spicer, no it isn’t,” he continued after showing the fateful photo. “To be fair, everyone was kissing a– last night at the Emmys. I just happened to kiss the biggest one there.”

Then he got serious: “In truth, I’m disappointed by it as well. I am. I have been reading a lot of harsh comments on Twitter today and I hear you loud and clear. Truly, I do. So much so I’m really starting to regret that Carpool Karaoke that we’ve taped with Steve Bannon. Feels like a mistake.” 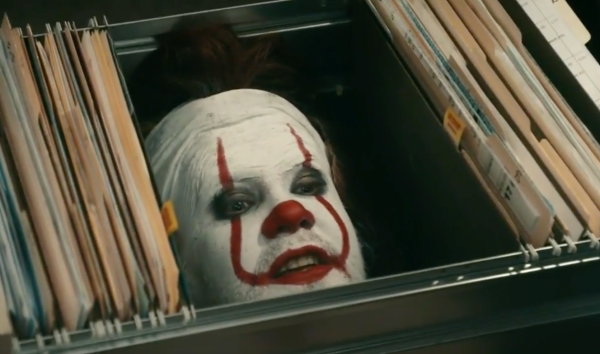 You Can't Unsee James Corden as the Murderous It Clown
Next Up: Editor's Pick