Jason Isaacs had no patience for Sean Spicer’s appearance at the Emmys on Sunday.

The Star Trek: Discovery star — and Harry Potter alum — posted an Instagram with a scathing caption Monday afternoon, describing the former White House press secretary as a “poisonous purveyor of lies.” The British actor wasn’t as taken with Spicer’s appearance as some guests were that night, instead taking a surreptitious selfie at the Netflix Emmys party, frowning while pointing at Spicer at the bar:

And Isaacs didn’t stop there. In his caption, he compares Spicer to Joseph Goebbels, one of Hitler’s right-hand men, and goes on to compare his role in the White House to the distorted, brainwashing language created in George Orwell’s dystopian classic 1984. He even adds “three surprising things” about the man chatting with actors behind him in the photo, writing:

In other words, even Lucius Malfoy disapproves of Spicer’s Emmys debut. 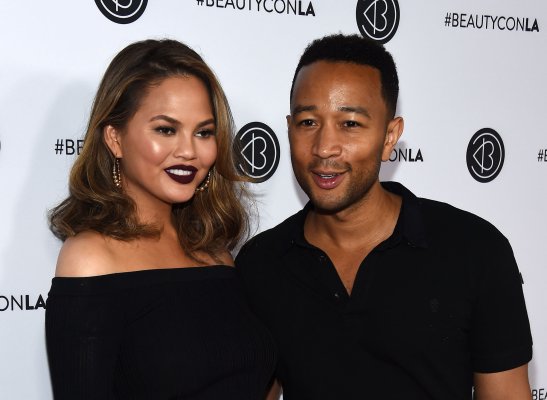 John Legend Ignored Wife Chrissy Teigen's Calls So She Turned to Twitter
Next Up: Editor's Pick