French President Emmanuel Macron threw down the gauntlet to President Trump on the Paris climate agreement on Tuesday, saying the environmental accord will not be renegotiated to favor the U.S.

During his maiden speech at the UN General Assembly (UNGA) in New York, Macron said “[the deal] can be improved, we can have new contributions, but we will not backtrack.” Of the accord, he said, “it binds us. It brings together us.” His speech comes after reports suggest that Trump’s administration will following through on the President’s promise to withdraw from the accord, unless a more favorable agreement was given to the U.S.

Macron firmly rejected escalation with North Korea and said France would “not close any door to dialogue” with the country. He also warned that renouncing the Iran nuclear agreement, which was signed by the Obama administration and five other nations two years ago, would be a “grave error.” “This is a good agreement, an agreement that’s essential to peace” Macron said. Earlier, Trump had called the deal “an embarrassment to the United States.”

Multilateralism was a major theme of his speech. Macron said the world’s greatest problems, from climate change to the problems of “unregulated capitalism,” could only be solved by nations working together. “We can only try and address those challenges through multilateralism, not through the law of the survival of the fittest” he said.

His comments are in direct contrast to U.S. President Donald Trump, who stressed the importance of nationalism and sovereignty at the UNGA. Trump, who was also addressing the UN for the first time, threatened to “totally destroy” North Korea if the U.S. and its allies were forced to defend itself. 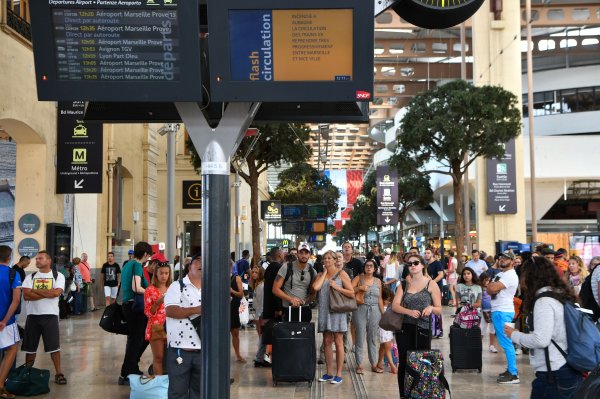 An American Student Hit With Acid Wants You to Pray for Her Attacker
Next Up: Editor's Pick