‘I Just Left My Body.’ Kate Walsh Speaks Out on Brain Tumor Diagnosis

Actress Kate Walsh was diagnosed with a “sizable” brain tumor two years ago, she revealed in a new interview.

Walsh, who used to star in hit TV series Grey’s Anatomy and Private Practice, opened up to Cosmopolitan about how terrified she was after the diagnosis in June 2015 and right before the surgery to remove it that same year.

“I just left my body,” she told the magazine in an interview published Wednesday. “It was never anything I would have imagined.”

Walsh said she had a meningioma, a tumor that forms from the membranes, that was the size of a small lemon. But doctors discovered after the surgery that it was benign. Walsh has since made a full recovery after taking nine months off work.

“I played a real badass on TV, but when it comes to being a patient, it’s such a vulnerable experience,” she said. 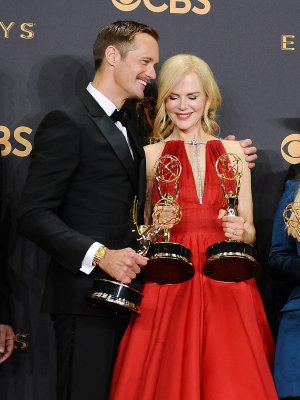 The Internet Has Made Its Strong Feelings About Alexander Skarsgard's Emmy Mustache Known
Next Up: Editor's Pick