Should You Get the iPhone 8? Here's What the Reviewers Say

The reviews for the iPhone 8 and iPhone 8 Plus are in — and experts say Apple’s newest phones are pretty similar to the last versions.

Apple announced the iPhone 8 and 8 Plus during its September keynote event, along with the high-end iPhone X, pronounced “iPhone 10.”

On the whole, initial reviews of the iPhone 8 and 8 Plus say they are very similar to the iPhone 7 and 7 Plus, albeit with some noteworthy upgrades. In her review, TIME’s Lisa Eadicicco points out some of the differences between the iPhone 8 and the older iPhone 7:

Other reviewers argue that compared with Samsung’s Galaxy lineup and other Android phones, the iPhone 8 and 8 Plus aren’t that modern. Over at The Verge, Nilay Patel writes that the “iPhone 8 might be the most polished iteration of this basic design Apple’s ever made, but compared to the Galaxy S8 and other Android flagships like the LG V30, it’s just extremely dated.”

Engadget’s Chris Velazco calls the new iPhones “conventional,” arguing that they are just the latest version of the iPhone 6 and 6 Plus, which were released in 2014.

Wired’s David Pierce says that while there’s nothing wrong with the iPhone 8 and 8 Plus, the main problem is that they are “already obsolete.” By announcing the iPhone X — which has advanced camera technology and facial recognition, among other features — Apple “re-set the bar,” Pierce argues.

Ultimately, it sounds like if you’re desperate for an upgraded iPhone or don’t want to pay the $999-and-up the iPhone X costs, go with the iPhone 8 or iPhone 8 Plus. Otherwise, hold off until the iPhone X is available later this year. 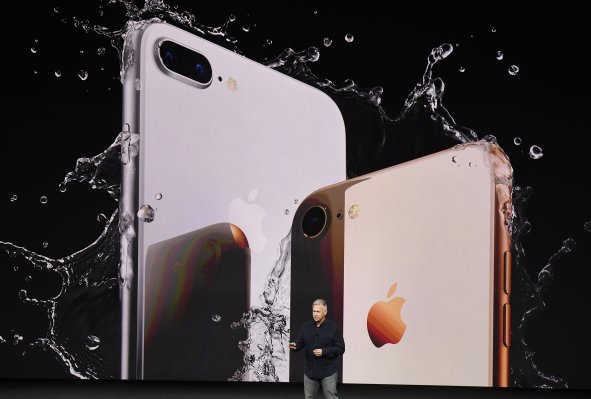 You Can Now Buy the iPhone 8 and 8 Plus
Next Up: Editor's Pick