According to Polygon, the jokes all started on Aug. 27 when Tumblr user dankmemeuniversity uploaded a photo captioned, “You’ve heard of Elf on the Shelf, now get ready for…” along with a photo of Pokémon’s Ash Ketchum lying in the trash, encouraging viewers to complete the sentence with the rhyme, “Ash in the trash”. That photo and it’s brilliantly inane joke was reblogged more than 180,000 times, eventually inspiring Tumblr user Kawaii Rain to respond with a new joke photo featuring “Link in the Sink”—with Legend of Zelda’s Link lying in a sink. From there it took off with people on Tumblr, Twitter, and Instagram joining in the rhyming fun.

While Pokémon fans got the meme rolling, it quickly spread to other fandoms, including Donkey Kong, Powerpuff Girls, Furby, Hamilton’s Lin-Manual Miranda, RuPaul, and pretty much every other show or celebrity you can think of have received their own meme treatment. Of course, now that the meme has really taken off, people are yearning for its demise.

However with the Christmas season quickly approaching, it is probably not going anywhere soon—unless Santa himself gets involved. 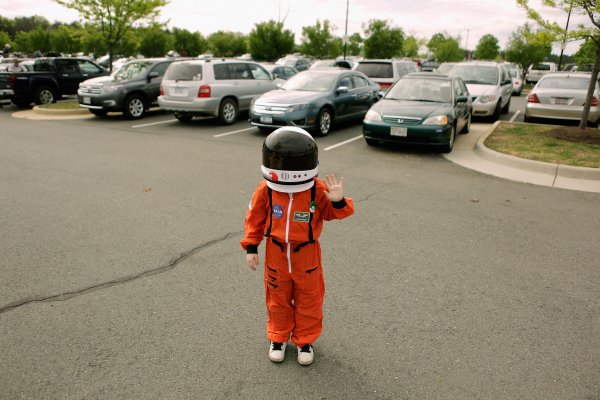 Kid Astronaut Walking a Dog Launches the Most Out of This World Photoshop Battle
Next Up: Editor's Pick