Burch is Chairman, CEO and Chief Designer at Tory Burch LLC and Founder of The Tory Burch Foundation.

When I was fundraising for my company 15 years ago, I was told to never say the words “social responsibility” and “business” in the same sentence. Thankfully, in the ensuing years, corporate foundations and social responsibility have become a given for innovative companies. But astoundingly, 54 years after the United States passed the Equal Pay Act, women still do not have pay parity with men, especially women of color.

Recently, the current U.S. Administration halted the equal pay data collection rule, which aimed to help close the wage gap by having large companies report what they pay employees by race and gender. The White House argued that this would put too large a burden on businesses. Whether you agree or not, it’s clear something must be done, and we should not wait for the government to take the lead. The private sector has a fundamental responsibility to address this issue. We can, and should, look at our pay structures and ensure that they are equitable for all people.

Equal pay is a human right; it should be a given, not a favor. This should be reason enough to make it happen, but equal pay is also good business. Countless studies have shown that equal pay for women would add billions of dollars to the American economy. Studies have also proven that companies that have women in leadership positions outperform those that do not; and equal pay could cut poverty rates in half, helping the most vulnerable.

Every business needs to take a hard look at their compensation levels and, if there are wage discrepancies, take action. We also need to get more women into executive positions. Be aware of how cultural differences also play into the disparity. Women are less likely to ask for promotions or raises, which must be taken into account so that compensation levels do not become even more skewed in favor of men.

Additionally, we must acknowledge — and shatter — the antiquated stereotypes that impact women’s equality. Let’s start with the stereotype that feminists hate men. We don’t. We detest inequality. Equality makes the world a better place — for men and women.

Women also need to challenge the behaviors in themselves that have contributed to holding them back. This year, our Foundation launched a global campaign encouraging women to Embrace Ambition. To this day, ambition is often celebrated in a man and disdained in a woman. As a result, many women go to great lengths to hide theirs. Women must be able to express their ambition and not be judged as aggressive or “not team players.”

In short, it’s going to take hard work and commitment on behalf of businesses to ensure that their employees are paid and treated equally. We cannot be complacent on this issue, because there are so many contributing factors to pay inequality that it necessitates constant reassessment. If businesses want to realize their full potential as corporate citizens, this is a necessary step forward for everyone. 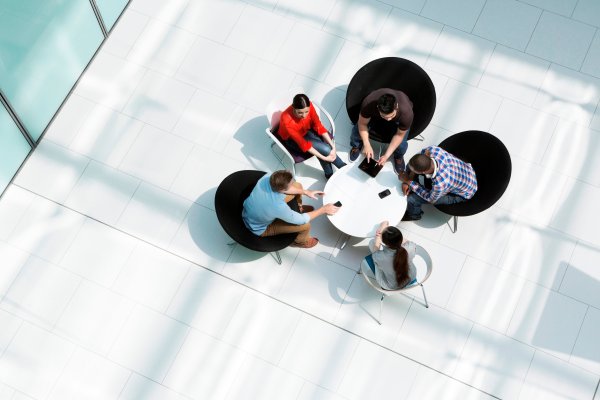 How Corporations Benefit From Supporting Local Startups
Next Up: Editor's Pick