The Surprising Reason Why Spaniards Eat So Late

If you’re an American who has visited Spain, you probably know about one of their most infamous cultural – at least from the perspective of lovers of the early bird special – peculiarities: They eat dinner late, at around 10 at night.

Most people think of the Spanish – who also indulge in an afternoon siesta during which most shops and restaurants are closed for two hours – as being laid back. They’re not in a rush to eat and they want to enjoy their meals, you might think. While that may be true, that’s not the real reason their dinner schedule runs late into the evening.

According to the BBC, Spaniards have been living in the incorrect time zone for their region for the past 70 years because of their complicated political history.

Spain sits on the same longitude as the UK, Portugal, and Morocco, which means that it should fall under GMT – Greenwich Mean Time. But Spain is actually on the same schedule as Belgrade, Serbia – which goes by Central European Time – about 1,553 miles away. Why the difference? It all goes back to World War II.

Back in 1940, the country’s dictator, General Francisco Franco, moved the clocks forward one hour to line up with those in Nazi Germany, as an act of solidarity. The changed pushed every meal forward an hour, too.

The war ended, the Nazis lost, and even though Franco died in 1975, the clocks were never turned back to their proper time. Even their primetime television programming runs from 10 p.m. to midnight.

The country is on its way to getting back to the right schedule though: In 2016, Prime Minister Mariano Rajoy announced plans to make some changes to the Spanish workday, which include abolishing the siesta, allowing the work day to be over sooner – and getting back to their original time zone.

There is one benefit to running an hour ahead, though: The sun is up longer, usually setting around 10 p.m. in the summer. In the winter, the situation is much worse: In some regions on the country, the sun doesn’t rise until after 9 a.m., according to their clocks.

Advocates for the proposed switch to GMT say it’s time for Spain to get back to reality – their health and well being may depend on it.

“The fact that the time in Spain doesn’t correspond to the sun affects health, especially sleep,”José Luis Casero, president of the National Commission for the Rationalization of Spanish Schedules, told the BBC. “If we changed time zones, the sun would rise one hour earlier and we’d wake up more naturally, meal times would be one hour earlier and we’d get an extra hour’s sleep.” 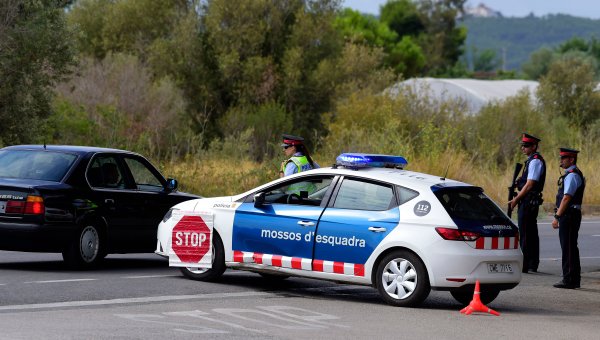 Search for Barcelona Attack Driver Widens to Europe
Next Up: Editor's Pick