Nicole Kidman used her acceptance speech at the Emmys to talk about the often hidden issue of domestic violence. Kidman won Best Actress in a Limited Series or Movie for her role in Big Little Lies as a woman married to a man (played by fellow Emmy winner Alexander Skarsgård) who may seem perfect but behind closed doors abuses her. The show in part deals with Kidman coming to grips with the reality of her situation.

After she thanked her husband, Keith Urban, and her daughters for supporting her career, Kidman said that she hoped the Emmy win would teach her daughters a valuable lesson about the power of acting.

“I want them to know sometimes when you’re acting you get a chance to bring a bigger message. And this is their contribution and your contribution. We shone a light on domestic abuse,” she said.

“It is a complicated, insidious disease. It exists far more than we allow ourselves to know. It is filled with shame and secrecy. And by you acknowledging me with this award, it shines a light on it even more. So thank you, thank you, thank you.”

Kidman and co-star and co-producer Reese Witherspoon later accepted the award for Best Limited Series for the show. They said they were not getting the sort of work they wanted in Hollywood so they went out and created their own series. They then advocated for more women’s stories on television and more roles for women in Hollywood. 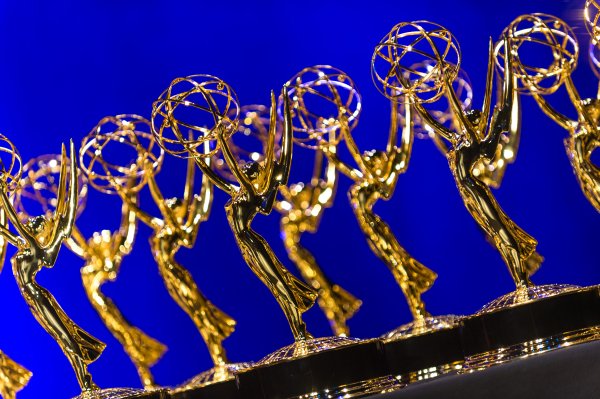 See All the Winners of the 2017 Emmy Awards
Next Up: Editor's Pick