Stephen Colbert Called Out Bill Maher During His Emmys Monologue

In his jaw-dropping — and hilarious — opening monologue at the 2017 Emmy Awards on Sunday in Los Angeles, the comedian was sure to mention HBO host Bill Maher and his infamous use of the n-word.

Maher, 61, sparked outrage in June after using the racist slur on his HBO show, Real Time, during a conversation with Nebraska Senator Ben Sasse. Sasse had asked, “Would you like to come work in the field with us?”

Maher later apologized, in a statement and again on-air, in the midst of a media storm kicked off by his comment. “It doesn’t matter that it wasn’t said in malice if it brought back pain to people,” he said on his show. “And that’s why I apologized freely, and I reiterate it tonight. That’s sincere. I’m not that big of an a–hole.”

The 69th Primetime Emmy Awards, hosted by Colbert, are airing live on CBS from the Microsoft Theater in Los Angeles. 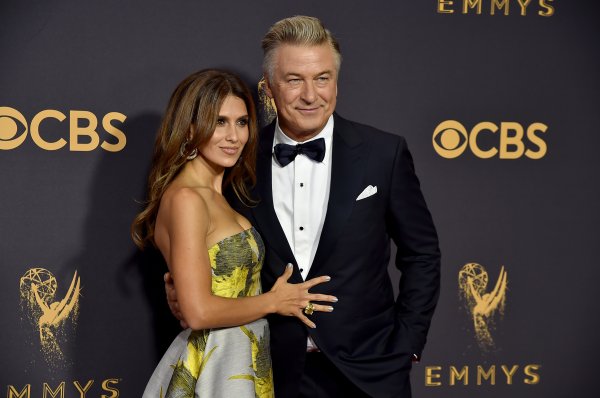 Alec Baldwin Says Playing Donald Trump Was 'Birth Control' For Him and His Wife
Next Up: Editor's Pick