Alec Baldwin, who won an Emmy for his work impersonating Donald Trump on Saturday Night Live, took aim at the president during his acceptance speech on Sunday night.

Earlier in the night, host Stephen Colbert pointed out that Trump’s television series, The Apprentice, had been nominated for three Emmys — and had lost all three times. Trump then accused the Emmys of being rigged. Colbert went on to play a clip in which Trump complained during a debate with election opponent Hillary Clinton, saying that he should have won the Emmy.

“I suppose I should say, ‘At long last Mr. President, here is your Emmy,'” Baldwin joked at the beginning of his speech. The 30 Rock actor has long been a critic of Trump, even before he began playing the president on the stage of Saturday Night Live.

Baldwin went on to joke that his Donald Trump costume was not exactly welcome at home. “My wife and I had three children in three years. We didn’t have a child last year while I was doing SNL,” Baldwin said. “I wonder if there is a correlation there? You put on that orange wig, and it’s birth control, trust me.” 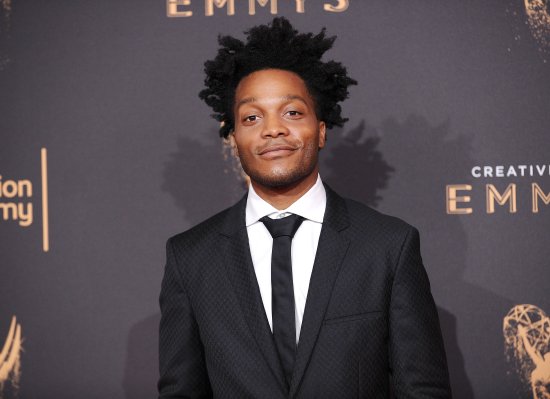 The Internet Has A Lot of Feelings About This Year's Emmys Announcer
Next Up: Editor's Pick