Jamie Lee Curtis, who made her film debut as Laurie Strode in John Carpenter’s Halloween back in 1978, is returning for the next film in the horror franchise.

Curtis, who followed in her mother Janet Leigh’s footsteps by making her name in a slasher story, tweeted a photo of herself on set next to a jack-o-lantern with a masked Michael Myers standing behind her ominously in the doorway.

“Same porch. Same clothes. Same issues. 40 years later. Headed back to Haddonfield one last time for Halloween,” she captioned it.

Curtis broke big in 1978 as Laurie Strode. Since then, she returned to the franchise four times for sequels, most recently for 2002’s Halloween: Resurrection.

The new Halloween film, set for an Oct. 2018 release, is the brainchild of comedian Danny McBride and writing partner David Gordon Green.

The confirmation of Curtis’ appearance is a reassuring sight for fans of the franchise, but it should come as no surprise given McBride’s love of the original film.

“We just love that original Halloween. There’s something so scary about how simple it was,” McBride told EW Radio’s Entertainment Weirdly. “I had seen all the Halloween films. We really were studying all the sequels and stuff, just to see where it exactly it went wrong. It definitely kind of felt that, as the series went on, Michael Myers became like Frankenstein and he was like indestructible and I think the more indestructible he was, the less scary he became. And so David and I, our ambition is to strip it down and get it back to [being] grounded in reality, which I think makes it scarier.” 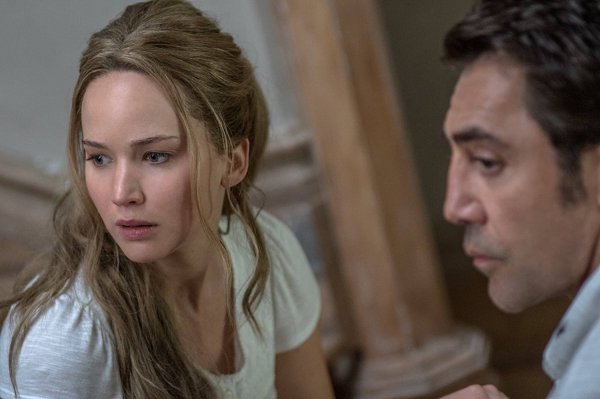 An Exhaustive List of All the References We Could Find in Mother!
Next Up: Editor's Pick