These Are the Cities Where People Exercise the Most

Exercise is on the rise among Americans, particularly among millennials, according to a new report from Gallup and Sharecare, a health and wellness company. They found that 53.4% of Americans reported exercising three or more times a week, a two percentage point increase from 2008, and a modest increase from more recent years. The new figure is based on surveys of 177,000 people nationwide in 2016.

The city with the highest exercise rate was Boulder, Colo., where nearly 70% of residents say they exercise three or more times a week. Two other metropolitan areas in Colorado — Fort Collins and Greeley — also topped the list, at second and fourth place, respectively. Communities in California and Hawaii followed closely behind.

Enter your location below to see where your city ranks:

Witters wasn’t surprised by the cities atop the list: “Boulder has a very tangible culture of wellbeing, lots of bike paths, lots of built structure that makes the healthy choice the easy choice.” He says the same is true about almost every other high-ranking community. “These are places that have invested in walkability, green spaces and public areas where people can get together and move — all things that have proven to increase the chance of lots of people exercising in your area,” he says.

The overall increase in exercise rates is driven in part by young adults ages 18 to 29, who are exercising more than that age group did 10 years ago. “The millennials are improving across a wide variety of health metrics since 2008, while all the older generations are kind of flat,” Witters says. 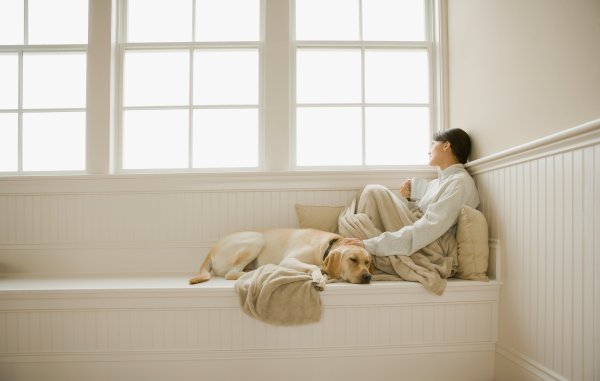 People With Sick Pets Have More Anxiety and Depression
Next Up: Editor's Pick