We Finally Know What This Hurricane Harvey Sea Creature Actually Is

A mystery sea creature that washed ashore in Texas during Hurricane Harvey has been identified thanks to a biologist and a viral tweet.

“It was completely unexpected, it’s not something that you’d typically see on a beach. I thought it could be something from the deep sea that might have washed on to shore,” Desai told the BBC. “My main reaction was curiosity, to figure out what the heck it was.”

The fangtooth snake-eel is typically less than three feet long, and spends its time burrowing at depths 100 to 300 feet under the sea, the Guardian reports.

Still, some people got carried away over Desai’s photos of the sea “monster”—so she clarified on Twitter that the animal wasn’t particularly terrifying or big. 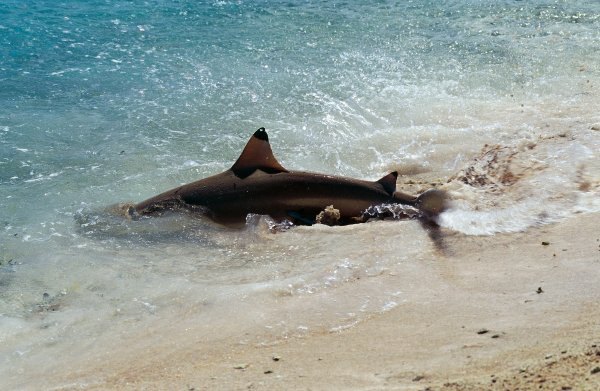 No, Sharks Will Not Attack You During a Hurricane
Next Up: Editor's Pick