Michelle Jones, a Ph.D. candidate at New York University who was released from prison in August, in New York, Sept. 11, 2017.
Damon Winter—The New York Times/Redux
Ideas
By Belinda Luscombe
Luscombe is an editor-at-large at TIME and the author of Marriageology: The Art and Science of Staying Together.

Michelle Jones is not like other PhD candidates rolling up to New York University this year. Firstly, she only got out of the joint two days before school started. Secondly, folks at Harvard are still arguing over whether they should have admitted her. And thirdly, when she was still a teenager, she killed her 4-year-old son and buried his body in the woods.

Jones’ story, which surfaced in the New York Times on September 14, is an incredible one. It pushes so many buttons, discussing it feels like an experiment in the social mapping of America’s sore spots. The tale has three versions, and the one people find the most compelling determines how they feel about Jones.

There’s the story of the plucky young woman who got two degrees while incarcerated. These are not pity-diplomas. Through meticulous research conducted by laboriously sending out for photocopies from the Indiana Archives and poring through them for data, Jones discovered evidence of a whole slew of Catholic-run Magdalene laundry–like reformatories that had housed Indianan prostitutes and “fallen women” against their will in the 1840s. A paper she co-authored was published in The Journal of the Indiana Academy of Social Sciences in 2014. It won an award from Indiana’s historical society.

Then there’s the story of the teenage mother who got pregnant at 14, was beaten by her mother while carrying the child and gave birth to Brandon, a child with a disability. Before his first birthday, court records show, her baby was taken from her for three years and lived with his father and paternal grandmother. Not too long after she regained custody, in 1992, she left him behind for the weekend when she went to an out-of-town theater conference. He was never seen again. His body has never been found. A friend later testified that Jones told her she thought she might have beaten him to death. Brandon’s paternal grandmother testified that Jones had said “she didn’t want to raise a freak.”

Jones was convicted of murdering Brandon and given a 50-year sentence. Because of her strenuous efforts to turn her life around in prison, this was reduced to 20 years, and a few extra months were knocked off so that she could start college on time.

The final story is about Harvard, famous for being as difficult to get into as prison is to get out of. Jones applied to the history and American studies departments. Both departments looked on her application favorably, but two American studies professors flagged it for further examination. The professors were worried that she had soft-pedaled the seriousness of her crime. One professor was unwise enough to tell the New York Times that he was concerned they’d get attacked by conservative news media outlets and that “if this candidate is admitted to Harvard, where everyone is an elite among elites, that adjustment could be too much.”

So there you have it, race, class, motherhood, responsibility, redemption, forgiveness and a sprinkling of the extremes of liberal elitism all rolled into one big ball of highly emotive wax. Jones’ story offers everybody something to object to and something to be inspired by, no matter their political leanings.

In a personal statement appended to her Harvard application, Jones had noted she had a psychological breakdown after experiencing abandonment and domestic violence, and that she had repeated those patterns with her son. “I have made a commitment to myself and him that with the time I have left, I will live a redeemed life, one of service and value to others,” she wrote.

For some people, that is just not enough. Jones killed her own small, disabled child. The train of thought terminates right there. No further reflection is necessary.

But we should forgive Jones. Not just because she served her time and should get to re-enter society. Not just because she turned her life around, against considerable odds, in America’s confounding and dysfunctional incarceration system, which is especially cruel to those with psychiatric disorders. And not just because studies have demonstrated time and time again that a toxic childhood such as Jones’ will have a deep impact on the mental health of those who endure it.

Mostly we should forgive Jones because continuing to punish a woman for something heinous she did while a teenager will not help that woman’s murdered child in any way. It will not bring him back or make his life more precious. Nor will it help future Brandons. Jones is in a unprecedented position to shed light on some of America’s thorniest problems: How can we make prisons better? How can we break the generational cycle of incarceration? What can we do to help our most vulnerable kids and mothers?

A woman with Jones’ scars and sins can address these problems from a unique standpoint. She should be given a chance to do so. If she fails to make any difference, she joins a list of smart and able people who have not been able to figure this issue out. But she can’t even try if she isn’t forgiven, if she doesn’t get a clean slate and a clear shot.

None of that means Harvard or any other institution had to admit her. The university has the right and duty to put together the class it feels best about. It may be sacrilege to say this, but the difference between the education offered in Cambridge and the one offered at NYU is probably visible only to people from a small part Massachusetts in any case. Jones won’t much notice a loss. Harvard, on the other hand, might. 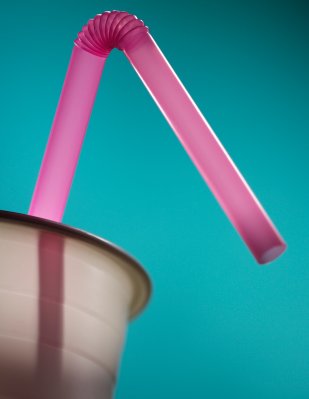