Review: Why Better Things Is One of the Best Shows on Television Right Now

For someone who rose to prominence thanks to the power of her voice, Pamela Adlon is remarkable at being silent.

The actress, who won an Emmy for voicing a preteen boy on King of the Hill and has been a key creative force on Louie, brings her whole self to Better Things. (The comedy’s second season begins Thursday on FX.) And while the series will get your attention for the antic, frazzling comic sensibility—Adlon’s character Sam, a single mom, is besieged constantly by the demands of her three children as well as her aging mother—it’s in the quiet moments where the show finds a center not quite like anything else currently on the air.

Since the first season, Sam, always under a fair amount of strain, has grown more frustrated. Her three girls (Mikey Madison, Hannah Alligood, and Olivia Edward) are growing into further moodiness and her mother (Celia Imrie) into further senescence. She’s not afraid to unload: yelling at a date whom she’s slept with but doesn’t really like, botching a weekend away with a man she seems to like a bit more. Crucially, it’s men for whom she saves her deepest ire. No matter how challenging her relationships with her daughters or her mother, they’re also sustaining.

As a performer, Adlon can play many notes. But she tends to like dischordant ones. In moments where a harried sitcom-mom would go big, Adlon chooses contemplation. In one remarkable moment in the season premiere, Sam reacts to her daughter’s admission that she’s in an overwhelming, age-inappropriate relationship by sending her away and then sitting alone and thinking, hard.

Other times, as when her children fail to show sufficient appreciation for her work as an actress (apparently Louie exists in this universe, if only as something to be channel-surfed past), a glancing blow to her ego mushrooms into a cathartic expression of upset. “I don’t want to have to wait until I’m dead for my kids to appreciate me!” she rages. “It really hurts my feelings that my work means nothing to you!”

Sam is capable of holding multiple anxieties in mind at once—that, say, her work as a jobbing actress who never found a signature role is often silly and degrading, but that it’s hers. Or that her kids are life-affirming joys to be around and also unappreciative jerks. Or that it hurts not to be acknowledged by them, but that’s not really what her pain is about.

Season 2 of Better Things is haunted by a sense of time passing, as Sam’s mother becomes incapable of caring for herself. One of Sam’s friends describes the process of caring for an ill parent to her: “You get used to things being hard where you can work to make them better, but this isn’t that. There’s no good end to this. It doesn’t get better. Your mother is going to get worse and worse, and then she’ll be gone.” Adlon just listens—if “just” is the word to use for a process underpinned by a million small internal calculations.

This is a huge leap forward for a show that was already quite strong. Better Things seems to have shed extant similarities to Louie, the other parenting-centric FX comedy and one whose creator Louis C.K. produces the show. Those ties aside, Better Things has become entirely its own thing, and developed a far more nuanced understanding of family life. There’s a floating sense to the storytelling, which introduces characters and situations without undue hand-holding—all before pinpointing the emotional situation through Adlon’s performance.

Directing every episode and grounding its complex emotional beats through a rock-solid, thought-through performance, Adlon comes as close to a pure auteur as TV gets. That her story is one imbued with both sadness and light makes Better Things one of television’s very best shows—in any genre. 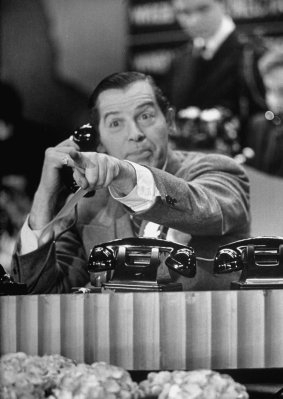 This Is How Telethons Became a Fundraising Tradition
Next Up: Editor's Pick