Amber Tamblyn Is Calling Out James Woods as a 'Predator.' Here's What to Know

A Twitter spat between actors Amber Tamblyn and James Woods escalated this week after Tamblyn accused Woods of once preying on her when she was underage, which Woods dismissed as a lie.

Tamblyn, who rose to fame after starring in The Sisterhood of the Traveling Pants in 2005, then penned an open letter to Woods, which was published Wednesday in Teen Vogue. In the letter, the 34-year-old actor, director and poet elaborated on a claim she made Monday that Woods, an Oscar-nominated actor best known for his roles in dramas like Ghosts of Mississippi and Casino, once tried to make an advance on her when she was 16.

“James Woods tried to pick me and my friend up at a restaurant once,” Tamblyn tweeted. “He wanted to take us to Vegas. ‘I’m 16’ I said. ‘Even better’ he said.'”

Here’s what to know about the feud between Tamblyn and Woods:

What prompted Amber Tamblyn to speak out?

Tamblyn made the initial remark because she apparently felt the 70-year-old Woods was being hypocritical after he criticized an upcoming film about a love affair between a 17-year-old boy and a 24-year-old man. Woods said the movie, Call Me by Your Name, which is based on a novel of the same name, was chipping “away the last barriers of decency.”

Woods’ tweet prompted backlash from actor Armie Hammer‏, who plays the role of the elder suitor in Call Me by Your Name. “Didn’t you date a 19 year old when you were 60…….?” Hammer tweeted to Woods. Tamblyn chimed in afterward with her recollection that Woods had tried to pick her up as a teen.

How did James Woods respond?

Woods tweeted to another social media user that Tamblyn’s accusation was “a lie.” Representatives for Woods did not immediately return a request for further comment Thursday.

What did Amber Tamblyn say in the letter?

After Tamblyn warned Woods that their dispute was “far from over,” she wrote a roughly 600-word open letter in Teen Vogue, urging Woods to acknowledge and change his alleged “predatory” ways. “Since you’ve now called me a liar, I will now call you a silencer,” the actress wrote. “I see your gaslight and now will raise you a scorched earth.”

Tamblyn went on to describe how she and a friend were leaving a diner in Hollywood nearly two decades ago when Woods and a friend of his stopped the pair of girls to chat. “At one point you suggested we should all go to Las Vegas together. ‘It’s such a great place, have you ever been?’ You tried to make it sound innocent,” Tamblyn wrote. “This is something predatory men like to do, I’ve noticed.”

The actress said Woods told them: “It will be so much fun, I promise you. Nothing has to happen, we will just have a good time together.’”

“I told you my age, kindly and with no judgment or aggression,” she continued. “I told you my age because I thought you would be immediately horrified and take back your offer. You laughed.”

Tamblyn finished her letter with a call to action to Woods. “Only you and your darkness know who you are. Only you and your actions know what you’ve done,” she said. “That means you and only you have the power to change your behavior.”

This is not the first time Tamblyn has spoken out about alleged predatory behavior by men. In 2016, following the release of video showing lewd comments Donald Trump made while appearing on Access Hollywood in 2005, she shared her own story of sexual assault by an abusive ex-boyfriend. “To this day I remember that moment,” she wrote on Instagram. “I remember the shame.”

It’s also not the first time Woods has made controversial remarks on Twitter. Earlier this year, he criticized parents who posted a photo of their young child, who they described as “gender creative,” with remarks many perceived as transphobic. He also tweeted a remark about CNN anchor Anderson Cooper which many viewed as homophobic. 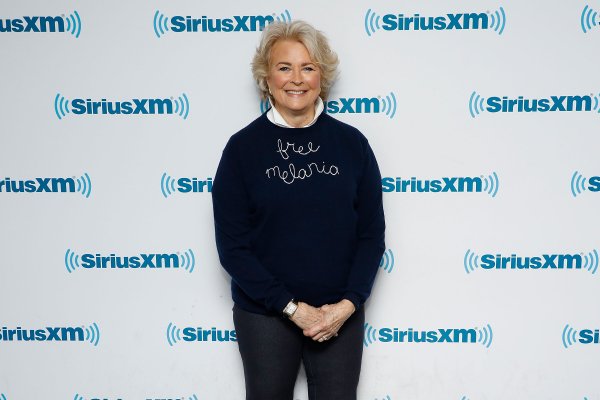 Candice Bergen Admits She Once Had a Blind Date with Trump
Next Up: Editor's Pick