Steven Mnuchin Requested a U.S. Military Jet to Use for His Honeymoon

U.S. Treasury Secretary Steven Mnuchin asked for a $25,000-an-hour military jet to fly him and his wife on a honeymoon to Europe, weeks before the couple flew on a government aircraft during the eclipse.

The department’s inspector general announced on Wednesday that they were investigating the request, which was made because Mnunchin feared he would not have access to secure communications while traveling to Scotland, France, and Italy, ABC News reported.

“It is imperative that he have access to secure communications, and it is our practice to consider a wide range of options to ensure he has these capabilities during his travel, including the possible use of military aircraft,” a department spokesman said on Wednesday. The request was dropped when other secure communications options were found.

The White House and Republican leaders are this week planning to detail cuts to corporate and individual taxes that start on September 25.

Mnuchin’s governmental flight to Kentucky raised eyebrows in August after Louise Linton, his wife, posted an Instagram picture of herself getting off the plane and tagged the designers that she was wearing. The flight was during the time of the eclipse, leading to wide condemnation that the trip was conveniently planned for personal travel. 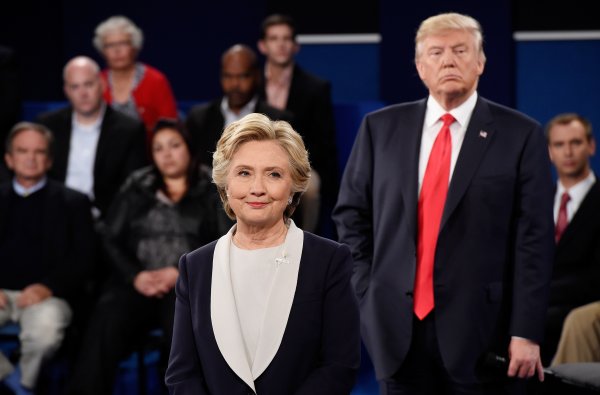 Trump: Clinton Lost Because She ‘Had No Game’
Next Up: Editor's Pick