Edith Windsor, who died on Sept. 12 at 88, wasn’t seeking sweeping social change at first–just fairness. Her claim to the estate of Thea Spyer, her late wife, was taxed thanks to the Defense of Marriage Act, which forbade federal recognition of same-sex unions. (With gay marriage widely unavailable stateside, the pair had been married in Canada in 2007.) But as Windsor’s case moved to the Supreme Court–where, in a 2013 decision, the act was struck down–the sweetly blunt widow from Greenwich Village became the captivating face of a national revolution.

U.S. v. Windsor had immediate impact–allowing gay couples many benefits of marriage–and resounded in the years to come. Two years after Windsor, the Supreme Court made same-sex marriage the law of the land. But the woman whose love for her late wife had altered the course of history found herself changed by the case too; while she’d been guarded for decades, the octogenarian told TIME after her case was decided that “I can’t be more out.” Openness suited Windsor, who celebrated the news of her ruling with a joyful speech at the gay-rights landmark Stonewall Inn bar. “If I had to survive Thea, what a glorious way to do it,” she told the crowd. “She would be so pleased.” Just last year Windsor remarried. The ceremony was in New York City. 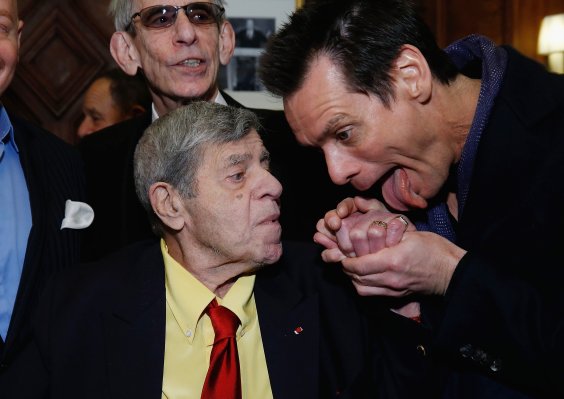 What I Learned From Jerry Lewis
Next Up: Editor's Pick