Illustration by James Yang for TIME
By Lucinda Shen

Last November, expecting stock markets to fall off a cliff if Donald Trump were elected President, David Littell, a 64-year-old retirement expert, uncharacteristically panicked and sold off his stock holdings.

But while stock markets defied Wall Street’s expectations, soaring to new highs after the election, concerns that stocks could drop in value have remained, with the price of gold–an asset investors traditionally buy to protect themselves from market volatility–pushing to a 2017 high of $1,349 per ounce in early September.

So how should soon-to-be retirees protect their gains from the 8½-year bull market? Conventional advice has called for investors to lower their portfolio’s exposure to uncertainty as they near retirement by buying more bonds–locking in their stock-market gains. That logic still applies, but in a country where more than half of near retirees are afraid that they’ll outlive their funds, another idea is for investors to put a portion of their funds into a relatively stable place that will guarantee income for the rest of their lives. Namely, fixed-income annuities, says Littell, who is also a professor of taxation at the American College of Financial Services.

Investors buy such annuities by making a lump-sum payment usually just before retirement. In return, investors receive a stream of income. But unlike bonds, fixed-income annuities guarantee a minimum monthly payout–for life. While those who die early may not gain back the entirety of their initial payment, those who die later in life won’t live their end days in destitution.

Although surveys show that retirees like the idea of guaranteed income for life, annuities have remained stubbornly unpopular among them. Just 10% of Americans have purchased an annuity, according to a 2016 TIAA survey. That’s partly because the majority of Americans aren’t clear about what annuities are. Additionally, some investors worry that they won’t live long enough to receive their initial lump-sum payment back in full–or that they won’t be leaving anything for their heirs.

While that may be the case in some annuities contracts, investors should remember that Americans are living longer lives than before. Children born in 2015 are expected to live nearly 79 years; 20 years ago that figure was 76, according to the Centers for Disease Control and Prevention. Some issuers also allow consumers to buy a “guaranteed period,” a window in which the buyer can pass their annuity to one or more beneficiaries after the buyer’s death.

“Income annuities are underappreciated,” says Wade Pfau, a professor of retirement income at the American College of Financial Services. “Income will continue even if the stock market goes down, so you aren’t exposed to market risk.”

A 30-year treasury bond currently yields about 2.7%. Against that benchmark, consider a 65-year-old man who buys an annuity for $1 million. He can expect a monthly payout of about $5,444 for the rest of his life. Assuming he lives 30 more years, the investor can expect a payout of about 3.3% annually, or $1.9 million total. Also adding to the allure of annuities is the continued uncertainty about Social Security.

Financial advisers typically tell clients to hold less than 40% of their nest egg in income annuities because they are also highly illiquid–making it difficult for consumers to pay off unexpected one-time expenses. That generally means those with health issues should be wary, says Mitchell Kraus of Capital Intelligence Associates.

The best way for investors to decide how much to put into an annuity is by calculating their expected monthly expenses and Social Security and pension payouts, and filling in the gap with an annuity.

There are reasons annuities are used sparingly. Major employers offer no form of lifetime income guarantees in their plan, partly because regulations surrounding 401(k)s and annuities are vague, and fees can be high.

Consumers should also stick to annuity policies backed by a company with a high credit rating. Scott Bishop of STA Wealth Management says that because there are so many options of annuities out there, you shouldn’t buy one “that you can’t easily explain to yourself or others”–or those sold by high-pressure salespeople. 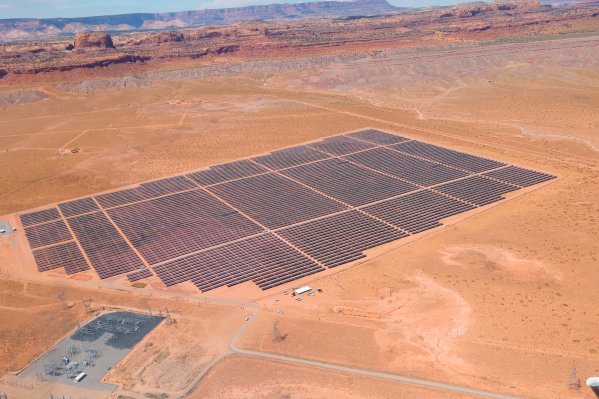 A Moment of Reckoning for a Soaring Solar Industry
Next Up: Editor's Pick