You think it’s bad now? There was a time–not long ago, really, within living memory for perhaps a third of the country–when Americans attacking one another in the streets was a matter of routine. Bombs went off so often in some U.S. cities that a smaller explosion might not make the morning paper. The country was divided as it had not been since the Civil War, and the issue was not a President or an election but rather the ground beneath our feet.

Everything felt like it was buckling as the 1960s churned into the ’70s. And if the one constant seemed to be the war in Vietnam, it seeded strife like nothing else. The war began in one era, when U.S. military endeavors summoned unity and lasted, at most, four years. Yet as the war ground on and on, it encouraged almost every one of the divisions that changed the course of the nation, for good and ill.

We know this both from the gradually accumulated perspective of half a century and–all at once–from The Vietnam War, the compelling new documentary by Ken Burns and Lynn Novick. The 10-part series, which runs for 18 hours on PBS starting on Sept. 17, is all the things you expect from a Burns opus: elegant, deeply felt, cerebral. But it is also warm-blooded in ways no previous project could be. The history at hand is too recent for elegy. Transitions are not slow dissolves into tinkling piano but abrupt metallic rips, the sound of a sword pulled from a scabbard. The soundtrack is rock and folk, and the on-camera subjects describe killing people with their bare hands. “There are no armchair historians dispensing safe avuncular wisdom from their studies,” says Burns in an interview with TIME. “These are all people who were in the fray.”

A great deal of ground is covered, including the vantage from North Vietnam (where the children of the elite escaped military service). But the project’s greatest value lies in its quiet authority, the frank presentation of the cold truth at the heart of the matter: from the beginning the U.S. government lied to its citizens about the war. Presidents John F. Kennedy, Lyndon Johnson and Richard Nixon privately confided that the conflict could not be won, yet publicly pretended otherwise. In a time when faith in government was still something widely and gratefully felt, that betrayal condemned hundreds of thousands of people to their graves, including 58,000 Americans. It also generated an anguish still curdling in the men and women whose accounts carry the documentary.

“Making a mistake, people can do that,” says Karl Marlantes, who arrived in Vietnam to lead a Marine platoon of 19-year-olds into battle in 1968, well after Defense Secretary Robert McNamara privately concluded the war was unwinnable. “But covering up mistakes? Then you’re killing people for your own ego. And that makes me mad.” His mouth closes on the words, but in the kind of detail on which the tidal power of The Vietnam War builds, the involuntary twitch of a lip betrays a rage only barely contained.

It may be hard to fathom a time when 18 American combat deaths could lead the U.S. to withdraw from another nation, as it did when it left Somalia in the ’90s. Or when the widow of a lone Navy Seal killed in a combat raid could receive a standing ovation at a joint session of Congress, as happened in February. But in Vietnam, for year upon year, hundreds of Americans were dying each and every week. The number was announced on the network news like the stock report.

It was routine, but then so is rust–and rot. Over time everything that would become shorthand for the era in the Forrest Gump version of history–street protests, hippie culture, civil rights, rock ‘n’ roll, women’s liberation–emerged from the gap between what the Establishment professed was the truth and what people were finding out for themselves. And Vietnam was always Exhibit A. Even Watergate rose from the war’s chasm: Nixon’s first order to his “plumbers” was for kompromat on the leaker of the Pentagon Papers, the Defense Department’s candid secret history of the conflict.

Being history, the documentary lays this all out with a clarity that is never available at the time, but especially not at that time, when no assumption went unquestioned, and any possible commanding view was obscured by the smoke of a thousand fires. The filmmakers took 11 years to sort it all out, consulting scores of scholars and interviewing, on camera, 100 people, every one of whom was asked what music they remember listening to at the time. It helped that Johnson and Nixon taped themselves–and each other: we hear Johnson confide that, in 1968, candidate Nixon secretly persuaded South Vietnam to hold back on peace talks until he took office. In other words, he colluded with a foreign government to help win his election.

In an interview–though not in the series–Burns relishes the connection with today’s headlines: “If I said I’d been working for a decade with Lynn on a film about mass demonstrations against the current Administration, about a White House in disarray and obsessed with leaks, about a President accusing the media of making up news, about a massive stolen-document drop into the public sphere that is showing classified information that destabilizes the conventional wisdom, and about accusations that a political campaign reached out to a foreign power during a time of elections, people would say, ‘Wow, you’re doing this moment and have abandoned history.'”

In fact, Burns and Novick set their sights on Vietnam in 2006, when parallels with the war in Iraq were there for the taking–as director Errol Morris demonstrated with The Fog of War, an extended conversation with McNamara. Burns recognizes there are lessons to be drawn, in small doses: “I’ve said that our recent divisions metastasized in Vietnam, but maybe the best way to see it is as a virus, and the way you might treat it is to try to develop a vaccine.”

To its immense credit, The Vietnam War occupies itself entirely with striving to capture what happened in Vietnam. The principals, including diplomats, spies, prisoners of war, draftees and Viet Cong, speak with often aching candor, since for many the definition of patriotism shifted from supporting the government to challenging it. No single view dominates, but a kind of consensus appears to take shape, formed out of shared experience and mutual respect.

“That was the great challenge of this project,” says Novick, “to find a way the film was open enough that people could coexist and have a conversation that Americans don’t seem to be able to have terribly well at the moment.”

We didn’t do a great job then, either. The street fights–between hard hats and protesters, between rioting African Americans and the National Guard amid the flames of inner cities–were not the only evidence of an unmoored society. The war was also invoked by leftist radicals like the Weathermen, who embraced violence at home; during an 18-month period between 1971 and ’72, the FBI reported more than 2,500 bombings on U.S. soil, with nearly five a day.

That’s not how people fight today. But then the Vietnam era predated cable TV as well as social media, so people had to shout past each other in person. When everyone watched the same channels, television could be a relatively cohesive force. Burns sees real virtue in that, which is why his series air on PBS, which, with 350 outlets, is the nation’s largest network.

“When I say that I’m trying to make it for everybody,” Burns says, “then I really am, particularly today, when there’s too much pluribus and not enough unum, as the late historian Arthur Schlesinger said. I’m very much involved in the unum, the stories we can share and that don’t make demons of one another.” 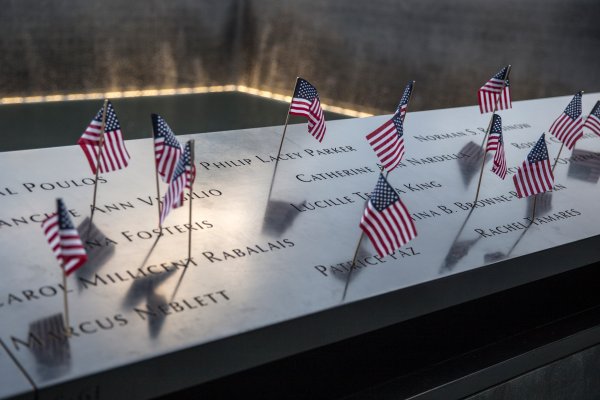