Police in Maryland say the boyfriend of a missing high school teacher has been charged with her murder, after the 31-year-old’s body was discovered in a shallow grave Wednesday.

The Washington Post reports that Laura Wallen, who had taught social studies in a Howard County high school since 2014, was first reported missing Sept. 4. She was four months pregnant.

According to the Post, police found Wallen’s unoccupied car on Sept. 7, parked minutes away from her workplace. Police now say that Wallen may have been killed on Sept. 3.

Police believed the suspect Tyler Tessier, Waller’s boyfriend, was the father of her unborn child, though her sister had reportedly received texts messages from her phone on Sept. 4 suggesting that the baby was not his. Police determined that the messages were likely sent by Tessier from Waller’s phone.

Tessier appeared at a press conference with Wallen’s family on Monday, pleading for for her safe return. “Laura, if you’re listening, it doesn’t matter what’s happened,” he reportedly said. “It doesn’t matter what type of trouble. There’s nothing we can’t fix together.” 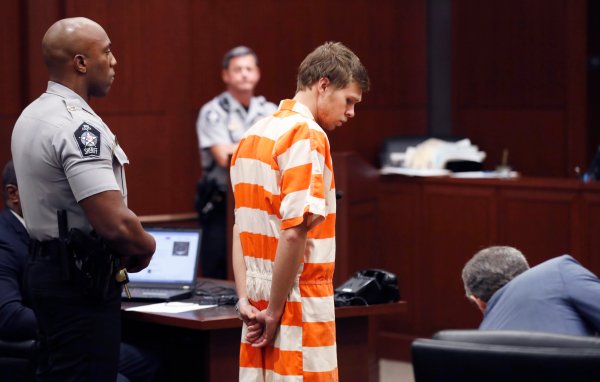 'She's Dead on the Floor.' Man Says He Killed His Wife After Taking Too Much Cold Medicine
Next Up: Editor's Pick