Why Robots Will Improve Manufacturing Jobs

Ideas
By Joe Kaeser
Kaeser is the President and CEO of Siemens AG.

There is a widely held view about what is coming in manufacturing. It goes something like: Move over, humans. We don’t need you anymore. Robots will take it from here.

But it isn’t true. This is not manufacturing’s future.

People have feared the march of the machine for centuries. Yet for just as long, machines have changed work; they have not replaced it. And the emerging fourth industrial revolution — even with its digital, automated assembly lines — is not an exception to this trend. As this new way of doing business becomes a reality, humans and machines will each play a critical role in manufacturing’s success.

Here are a couple reasons why.

First, it is true that digital manufacturing does cut out the middle-man. More and more routine, repetitive assembly tasks will be taken over by machines. But as certain jobs disappear, new ones open up in other parts of the factory. Germany in many ways exemplifies this trend. Today, German manufacturers deploy three times more robots than U.S. companies, but they also still employ more humans. Relative to the size of our economies, German’s manufacturing workforce is twice the size of America’s.

Second, from its very beginning, the fourth industrial revolution has never presented manufacturers with an either-or choice — robots or humans. It has always been about combining the talents of both. Ultimately, it is the convergence of artificial and human intelligence that will enable manufacturers to achieve a new era of speed, flexibility, efficiency and connectivity in the 21st century. Machines have the ability to assemble things faster than any human ever could, but humans possess the analytics, domain expertise and valuable knowledge required to solve problems and optimize factory floor production.

This is precisely what we now see at Siemens’ Amberg Electronics Plant in, yes, Germany. Over the past 25 years, Amberg has evolved into a fully digital plant, with automation rising tremendously. But what has changed the most during this time isn’t the number of employees; what has changed is productivity. The same size workforce — about 1,200 workers who have been trained and retrained for digital manufacturing — has increased productivity by more than 1,000%.

For now, Amberg is something of an exception. But it won’t be for long.

Where we are now is only beginning. Artificial intelligence is here and being rapidly commercialized, with new applications being created not just for manufacturing, but also for energy, healthcare and oil and gas. This will change how we all do business. There has never been a bigger opportunity for us to add value for customers — and that’s what makes this new machine age unstoppable.

At the same time, companies have both a business need and social responsibility to be equally invested in humans. The transformation of the factory floor must be met by a large-scale, company-led commitment to industrial reskilling for current and aspiring employees. The responsibility is now ours to ensure that digital manufacturing is accessible to anyone willing to learn, work hard and pursue new pathways in training.

Germany has long confronted the human challenge with a dual system of education — a public-private system that invests in, promotes and continuously updates training and educational pathways to established and growing industries. Participants attend public vocational schools while receiving on-the-job training on industry standards through a paid apprenticeship in a private-sector company.

This system also serves a dual purpose to both business and society: companies win by having a strong pipeline of workers with relevant skills and knowledge; society wins as young people gain fast tracks into good-paying jobs and exciting careers with ladders to climb, increasing economic opportunity and strengthening the middle class.

Industry leaders just have to remember that, while robots are programmable, with humans, trust is earned. We have to prove that digital manufacturing is inclusive. Then, the true narrative will emerge: Welcome, robots. You’ll help us. But humans are still our future. 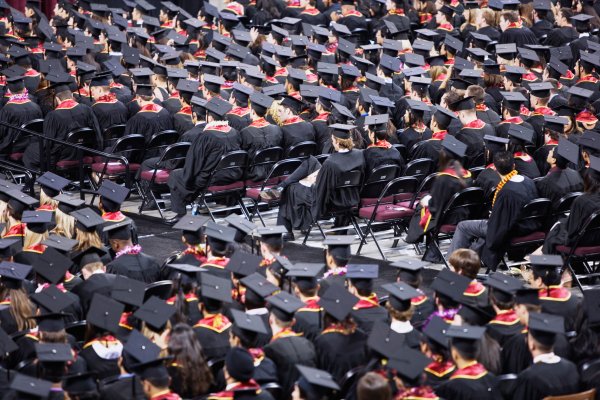