The 'Love Hormone' Can Make You Hate: Study

The oxytocin hormone is often described as the “love hormone” or “cuddling chemical,” but there might be a darker side to it. Not only does it make you feel all loved-up and happy, but also contribute to intolerance and violence, a 2011 study suggests.

In the study, professor of psychology at the University of Amsterdam Carsten de Dreu found that the loved-up feeling you get when flooded with oxytocin — which is also released by the popular party drug Molly, also known as Ecstasy or MDMA — only extends to your “in-group.”

Oxytocin, he wrote, “motivates in-group favoritism” and “derogation” of outsiders. According to the study, oxytocin had “a role in the emergence of intergroup conflict and violence.”

According to a Vice report published this week, the study’s participants — all Dutch males — were told that they had to choose five persons out of six that would gain access to a life-saving lifeboat.

The men on oxytocin were more likely to deny men with Muslim or German-sounding names access and save the men with Dutch names, while the men who were given a placebo didn’t pay attention to the origin of the names.

Correction: The original story has been updated to reflect that the study examined the effects oxytocin on behavior, not MDMA, and was published in 2011. 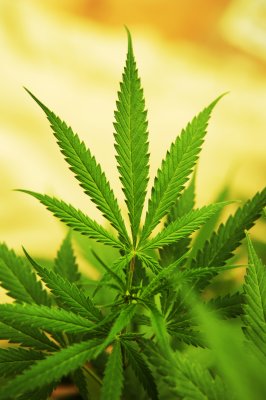 Spring Breaker Fell to His Death After Eating Pot Cookies
Next Up: Editor's Pick