Hollywood legend Harrison Ford has been in his fair share of action movies — and executed his fair share of stunts. But there’s one on-set anecdote, from the upcoming Blade Runner 2049 starring Ryan Gosling, that suggests a misstep in his work. In an interview with GQ, Ford shared his side of the story.

“I punched Ryan Gosling in the face,” he explained of the stunt snafu. “Ryan Gosling’s face was where it should not have been.” He went on to tell the interviewer:

“His job was to be out of the range of the punch. My job was also to make sure that I pulled the punch. But we were moving, and the camera was moving, so I had to be aware of the angle to the camera to make the punch look good. You know, I threw about a hundred punches in the shooting of it, and I only hit him once.” Ford also suggested that Gosling should be grateful it only happened once. Plus, he brought Gosling a glass of scotch afterwards to numb the pain — not the whole bottle, though. “You know, I figured one drink would fix it,” he joked.

He further noted that Gosling, who famously began in showbiz as a kid with Disney’s Mouseketeer program, was no slouch on set. “I like him a lot. He’s a smart guy… He knows what he’s doing.” Looks like the punch was definitely unintentional after all. 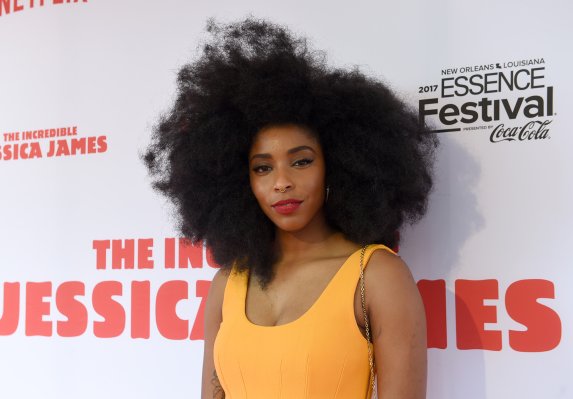 How Jessica Williams and J. K. Rowling Took Their Twitter Friendship to the Next Level With Beyoncé
Next Up: Editor's Pick