Here’s Your First Hands-On Look at the iPhone X, Apple’s Boldest Smartphone Yet

Apple‘s new iPhone X is the biggest change the company has made to its flagship smartphone in years. With a larger screen, a better camera system for augmented reality and facial recognition capabilities, it’s clear that this is Apple’s vision for the future of the smartphone.

Here’s a closer look at what it’s like to use the company’s new flagship smartphone after a brief hands-on session.

For the first time in years, Apple is using glass instead of aluminum in its newest products. All the new iPhones, including the iPhone X, iPhone 8 and iPhone 8 Plus, include a glass back that’s designed to facilitate the company’s also newly-introduced wireless charging technology. It looks and feels elegant, thought also curiously reminiscent of older iPhones like the iPhone 4 and iPhone 4s. The stainless steel that frames the edges of the display makes it feel a bit heavy, but also more durable than Apple’s previous iPhones.

The first thing you’ll notice about the X is its gigantic screen. As expected, the edge-to-edge display occupies nearly the entire face of the phone, excluding a small cutout in the top that includes the phone’s new camera system. Even though the screen is 0.3 inches larger than that of the iPhone 7 Plus, it feels so much more compact. Take a look at the photo of the iPhone X alongside my iPhone 7 Plus for comparison.

Because the iPhone X doesn’t have a Home button, Apple had to come up with a new way to navigate back to the home screen and switch apps. The iPhone X supports several new swiping gestures that do just that. When in an app, there’s a subtle strip at the bottom of the screen that you can swipe to get back to the home screen. It’s so slick and intuitive that I didn’t really have to think about how to exit the app before doing so.

Of course, Apple may have Android to partially thank for this — several Android phones in the past have done away with the home button, getting users used to tapping and swiping the screen to maneuver around. Similarly, swiping toward the center of the screen from the upper right corner launches the Control Center, Apple’s shortcut hub for popular system apps. This gesture took a couple of swipes before I got it right, but once I did, I found it easy to pick up. When I tapped the screen to wake it up, it responded almost immediately.

One of the iPhone X’s most talked about feature is facial recognition, a new capability Apple calls Face ID. While I couldn’t register my own face during the demo, an Apple employee walked me through the process. During the setup, the iPhone X scans your face from multiple angles. I noticed the employee had to move her head from side to side in order to complete the process, likely a mechanism to prevent it from being tricked with a photo. With Samsung’s Galaxy Note 8, I only needed to hold the camera in front of my face in the same position for a few seconds.

The face tracking is also impressively precise when it’s used in apps and games. I tried it with the iPhone X’s new Animoji feature, which takes your facial expressions and lays them onto an emoji of your choosing. When I tested this with animals like a dog and a monkey, the animals’ lips and eyebrows mirrored my own as I spoke and changed my expression.

With its new camera system and depth-sensing front sensors, it’s obvious that Apple designed these phones with augmented reality in mind. In the brief time I had with the phone, it appeared to offer vivid, realistic AR experiences. When playing a game, the character’s shadow appeared just below his feet on the real world table the AR-enhanced app had positioned him, and it moved as he moved. Of course, all modern iPhones will support augmented reality when iOS 11 launches, but it’s unclear if it will perform as well on phones with slower processors and less advanced cameras.

Based on my brief time with the phone, it certainly seems like precisely what the iPhone needed to catch up with (and perhaps even surpass) its Android rivals. Look for TIME’s full assessment of how the iPhone X’s other features work, including wireless charging and the new cameras, when we write our full review. 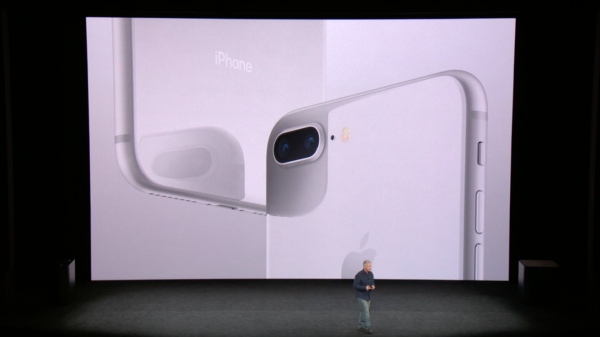 Here’s How Much Apple’s New iPhones Will Cost if You Choose Monthly Payments
Next Up: Editor's Pick