The Apple TV Is Finally Getting 4K Video

Apple on Tuesday unveiled an upgraded version of the Apple TV streaming media device with support for ultra-high resolution 4K video. It’s called the Apple TV 4K, and will begin shipping on September 22 for $179.

People who buy the Apple TV 4K will only get the maximum resolution if they’re watching 4K video content on a 4K-compatible TV or equivalent monitor or screen. Apple says it’s bringing 4K movies to iTunes at the same price as it charges for high definition movies, and people who bought HD movies will be automatically upgraded to the 4K versions. Apple is also working with streaming companies like Netflix to bring their 4K video content to the Apple TV 4K.

Read more: Everything you need to know about 4K

The new Apple TV also includes support for streaming video in HDR, or High Dynamic Range, which if the video supports it allows for a better contrast range (the spectrum between deepest black and brightest white) and more vivid colors. “While 4K is about the number of pixels, HDR is about better pixels,” said Apple SVP Eddy Cue while introducing the new device.

The Apple TV also has an upgraded internal processor, the A10X, which should help it handle the higher-resolution video content as well as improved performance when playing games or running other apps.

On the software side, the Apple TV is getting a new portal dedicated to live sports and a news app. Apple will also still sell the existing non-4K Apple TV for $149. 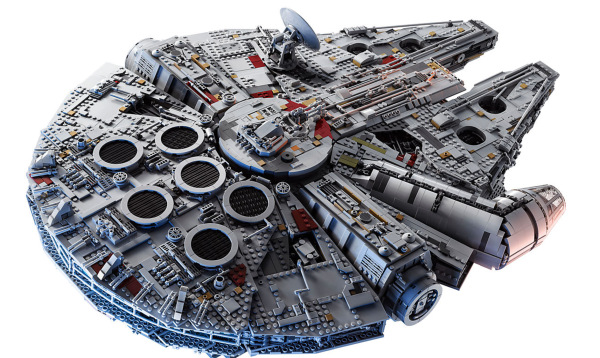 This New Star Wars Toy Is LEGO's Biggest and Most Expensive Set Ever
Next Up: Editor's Pick