During the “A Closer Look” segment of Monday’s episode of Late Night, the host slammed Bannon for sounding as though he was celebrating the release of the video — in which Trump was heard lewdly bragging to Bush about his ability to “do anything” to women.

“It’s not a holiday,” Meyers said, jokingly adding, “Gather ’round, children, can you hear it? It’s the sound of the Access Hollywood bus! Billy Bush Weekend is here, Tic Tacs for everyone!”

Meyers was specifically referencing the portion of Bannon’s interview in which he described the days following the tape’s leak as a “litmus test.”

“If you side with [Trump], you have to side with him, and that’s what Billy Bush weekend showed me,” Bannon told CBS’s Charlie Rose. “Billy Bush Saturday showed me who really had Donald Trump’s back.” 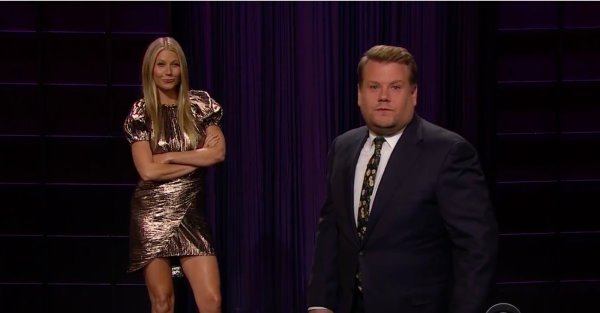 Gwyneth Paltrow Stormed Into James Corden While He Was Ranting About Goop
Next Up: Editor's Pick