Tennis superstar Serena Williams missed the U.S. Open this week, but still managed to win big. Williams gave birth to her daughter with Reddit co-founder and fiancé Alexis Ohanian. Now, Williams has shared the first photo of the baby girl on Instagram and she is cuter than any Wimbledon trophy or Australian Open title.

While Williams’s sister, Venus, accidentally spilled the beans on the child’s gender back in May, Williams’s Instagram post revealed the baby’s name and it may sound vaguely familiar. Williams and Ohanian decided to name their daughter after her father, calling her Alexis Olympia Ohanian, Jr.

Williams announced her pregnancy on Snapchat, so the fact that she shared her birth and some early photos of her daughter on Instagram Stories isn’t that surprising. Not to be outdone, Ohanian Sr. put together an incredibly sweet tribute to his daughter, documenting her journey from ultrasound pictures to Instagram ones in a heartwarming YouTube video. It’s clear that the family is very excited about their new addition. 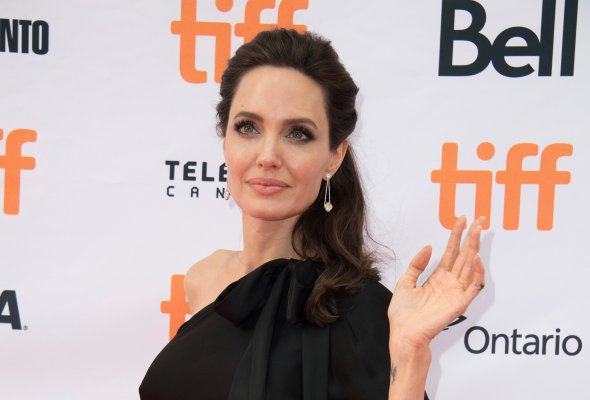 Angelina Jolie Discusses Family Life After Divorce: 'We All Have Our Difficult Times'
Next Up: Editor's Pick