Hillary Clinton may have officially ruled out another run for office on Sunday, but she is continuing to voice her opinions on the Trump Administration.

In an interview with millennial-focused news site Refinery29 leading up to the Tuesday release of her memoir What Happened—an account of her loss to Trump in the presidential election last November—Clinton was asked if she believes First Daughter and White House adviser Ivanka Trump should be held responsible for her father’s actions.

“Everyone associated with him … they’re either on board with that, or they’re not,” Clinton responded. “And if they’re not, they need to be speaking out or leaving. But if they remain silent and just give lip service to contrary points of views, then they are part of his agenda and should be judged and held accountable for that.”

Clinton also offered some advice for millennial women looking to make a difference in the world.

“I have a little mantra where I like to say resist, insist, persist, and enlist,” she explained. “Not everybody’s gonna run for office by any means, but you can support those who do. Whether it is standing up for DACA recipients…whether it is fighting for better rules to protect equal pay and overtime and all of the other pieces, or fighting to get healthcare for people. There’s so much to be involved in now, and so I feel like the commitment is there. The passion is there.” 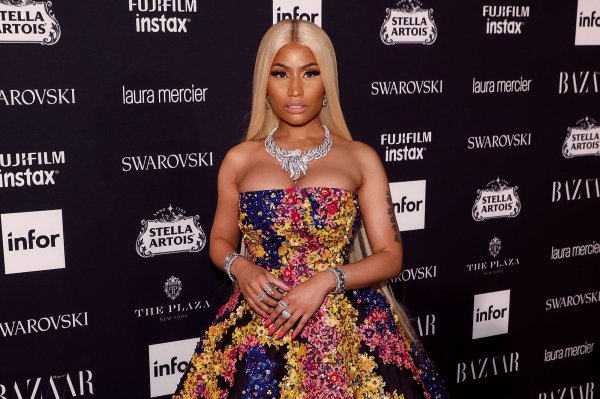 Nicki Minaj Calls Out Designers For Cultural Appropriation During Fashion Week
Next Up: Editor's Pick