American Airlines Cancelled a Flight Because of a Stowaway Scorpion

American Airlines cancelled a flight after a scorpion was found on board the plane.

The plane, initially scheduled to fly to Chicago from Sacramento on Sunday, will instead fly without passengers to Dallas/Fort Worth International Airport to be fumigated, a statement from the airline confirmed. More than 100 passengers slated to head to Chicago on flight 2672 were re-booked on different flights, according to the airline.

“We apologize to them for the inconvenience,” a spokesperson for American Airlines said. “Our first priority is always the safety of our customers and crew.”

American Airline officials said the scorpion likely came from Phoenix, where the plane had recently been. The arachnid, which carries a venomous stinger, was found before passengers boarded the plane. Scorpion stings usually cause pain, numbness, tingling and slight swelling in adults, and can carry more severe symptoms in children, including difficulty breathing and muscle twitching, according to the Mayo Clinic.

It is unclear what happened to the scorpion. 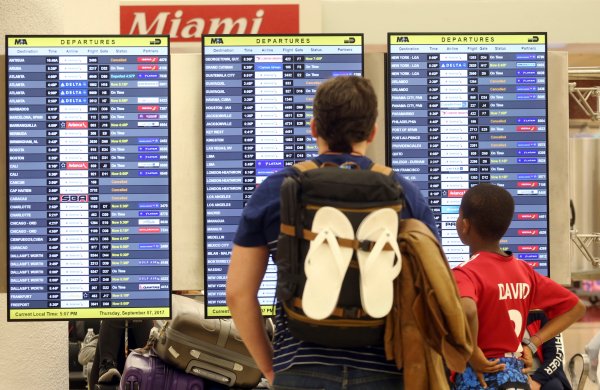 5 Ways to Catch a Flight Before a Hurricane Hits
Next Up: Editor's Pick