Apple just unveiled its new Apple Watch Series 3 smartwatch with LTE connectivity, a cutting-edge feature that means you’ll no longer have to keep your iPhone nearby to use all of its features. It’s the latest effort by Apple to make its watches less reliant on its iPhones, and comes after the company added basic GPS functionality to last year’s Series 2 model.

“Now you can go for a run with just your watch and be connected,” Apple’s Jeff Williams said on stage at the keynote event Tuesday. Apple says third-party apps will work over cellular as well, and next month it will be possible to stream Apple Music content from the wrist.

The new watch will also include a faster dual core processor and a barometric altimeter, which measures the altitude of an object above a fixed level. Fitbit fitness trackers have long included altimeters for detecting how many flights of stairs a user climbs in a day. The new processor should also make the watch 70% faster, Apple says.

The watch’s antenna is built into the screen, and it uses a smaller electronic SIM card rather than a standard SIM. That keeps the size just as slim as the Apple Watch Series 2.

In a demonstration on stage, Williams called an Apple colleague not present at the event directly from the watch. The colleague—who was in the middle of a lake on a stand-up paddle board—was able to take the call and converse with just the watch’s built-in mic.

The Apple Watch Series 3 will cost $399, but Apple is also offering a model that doesn’t include cellular for $329. The new watch will come with Apple’s latest smartwatch software preinstalled, dubbed WatchOS 4, which brings improvements to the watch’s heart rate monitoring and other new features. 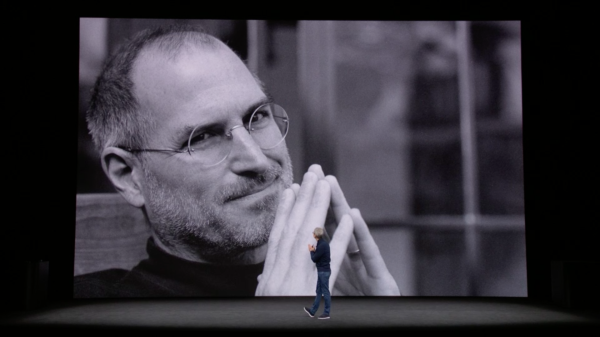 Here's When Apple Park Will Open to the Public
Next Up: Editor's Pick