A Pizza Hut franchise in Florida threatened to punish employees who evacuated for too long during Hurricane Irma.

“You cannot evacuate Friday for a Tuesday storm event!” a manager said in a notice to employees at a restaurant in Jacksonville, CNN reported. “Failure to show for these shifts, regardless of reason, will be considered a no call / no show and documentation will be issued.”

The Pizza Hut notice gave employees a 24-hour “grace period” before the storm, according to a photo shared on social media on Sunday. “In the event of an evacuation, you MUST return within 72 HOURS,” it said.

“We absolutely do not have a policy that dictates when team members can leave or return from a disaster, and the manager who posted this letter did not follow company guidelines,” Pizza Hut said in a statement. “We can also confirm that the local franchise operator has addressed this situation with the manager involved.”

Hurricane Irma, which prompted hundreds of thousands to evacuate their Florida homes, sparked questions about whether evacuating could get them fired. According to legal experts, for a person working a non-union private sector job, it could. 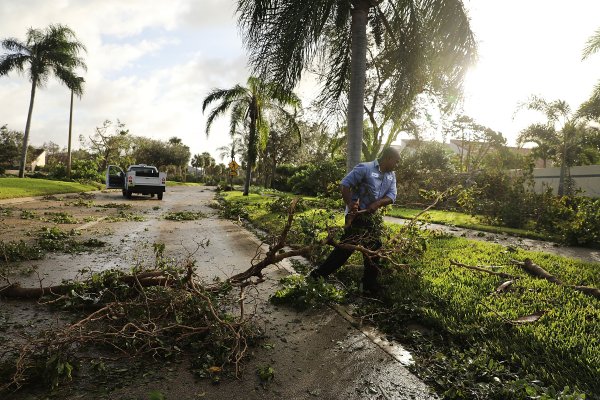 Where Is Hurricane Irma Going Next?
Next Up: Editor's Pick