Federal authorities in Brazil have launched an investigation after gold miners boasted about killing 10 members of an indigenous tribe in the Amazon last month.

“They even bragged about cutting up the bodies and throwing them in the river,” she said. Another person in the bar recorded the conversation and reported it to authorities, according to the Washington Post.

The killings are thought to have taken place near the Peruvian border in the Javari Valley, a large indigenous territory that is home to about 20 of the 103 uncontacted tribes registered in Brazil, the Times reported.

The remote area — 12 hours away from authorities by boat — poses a challenge for the ongoing investigation, and the gold miners have not admitted to the killings, according to a statement from Funai.

Advocates for indigenous rights have criticized the Brazilian government for failing to protect such tribes. This year, the government cut the Funai budget and closed five of the 19 bases that are used to monitor isolated tribes, according to the Times. 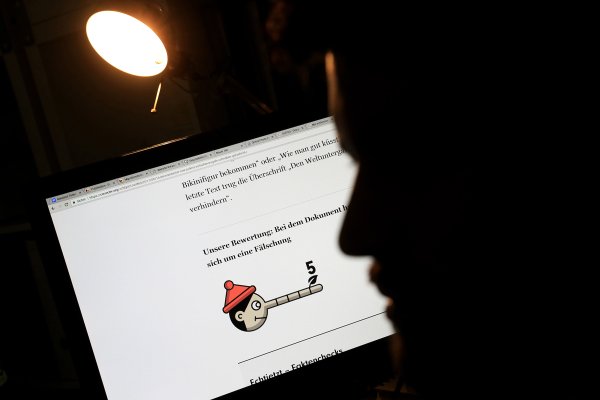 The E.U. Agency Fighting Russia's Wildfire of Fake News with a Hosepipe
Next Up: Editor's Pick