New York Sen. Kirsten Gillibrand, a Democrat, and Maine Sen. Susan Collins, a Republican, introduced a bipartisan amendment to protect transgender service members from President Trump’s plan to ban them from the military.

The amendment introduced Monday would prohibit the Department of Defense from dismissing current transgender service members “solely on the basis of the member’s gender identity,” Senators said in a statment.

“Any individual who wants to join our military and meets the standards should be allowed to serve, period. Gender identity should have nothing to do with it,” Gillibrand, a Democrat, said in a statement.

“If individuals are willing to put on the uniform of our country, be deployed in war zones, and risk their lives for our freedoms, then we should be expressing our gratitude to them, not trying to exclude them from military service,” said Collins, a Republican.

Last month, Trump formally ordered a reversal of a 2016 order that had allowed transgender people to serve openly in the military, but it is not clear how that will affect the estimated 1,320 to 6,630 transgender service members currently in the active duty military. Secretary of Defense James Mattis has said transgender service members will be allowed to stay in the military temporarily while he figures out how to implement Trump’s ban. 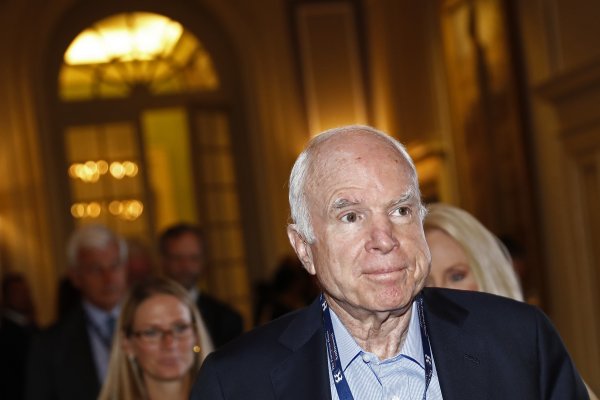 McCain to Foreign Allies: America Is Still Committed
Next Up: Editor's Pick