Thanks to the duo of Taylor Swift and Cardi B, it looks like the tides of change have come ashore at Billboard‘s Hot 100 chart. For the first time in nearly three years, songs by two female solo artists are sitting at one and two on the list. (The last woman-led duo was Swift’s “Blank Space” followed by Meghan Trainor‘s “All About That Bass,” back in late December 2014.)

To complete the current picture, Swift’s other new single — “… Ready For It?” — is hot on the heels of chart juggernaut “Despacito,” rising to fourth place just a week after its release.

Both of Swift’s songs are off her upcoming album reputation, out in November. Cardi B’s “Bodak Yellow,” meanwhile, has been a dominant hit from the Bronx rapper, rising slowly but surely in popularity over the summer. While other female artists have topped the charts independently in the last few years — think Adele, Rihanna, Sia — they were always alone at their peak.

Swift and Cardi are followed up by other male artists who have consistently dominated the charts for the last year like DJ Khaled, Charlie Puth and Imagine Dragons. In fact, another female solo artist doesn’t pop up until Demi Lovato’s “Sorry Not Sorry” at #18 on the list.

But never fear: this fall is shaping up to be a potential watershed for flipping the gendered charting landscape, with hitmakers like Demi Lovato, Pink, Fergie and Miley Cyrus also set to release new music as the temperatures drop. 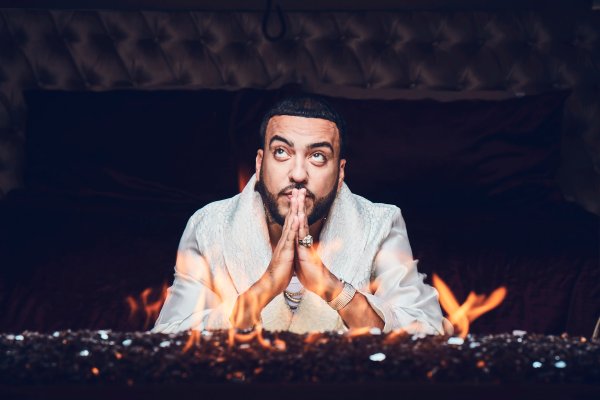 "Unforgettable" Rapper French Montana on Following a Feeling
Next Up: Editor's Pick