Why Hormone Replacement Therapy May Be Safer Than You Think

The pendulum has swung from one extreme to the other when it comes to hormone replacement therapy (HRT) to treat symptoms of menopause. At first, the replacement hormones—mostly a combination of estrogen and progestin to replace what the body stops making after menopause—were seen as a panacea. Doctors thought they could not only relieve hot flashes and night sweats, but also prevent chronic aging diseases like heart problems and weakening bones. But studies then found that the supplement hormones could lead to a higher risk of breast cancer—and that they didn’t protect the heart after all.

In the latest study on the subject, published in JAMA, researchers led by Dr. JoAnn Manson from the division of preventive medicine at Brigham and Women’s Hospital report on the longest follow-up of the original hormone therapy study, which used data from the Women’s Health Initiative. More than 27,000 women who were randomly assigned to receive either a placebo, a combination of hormones (estrogen plus progestin) or estrogen alone if they had had a hysterectomy. They were followed for 18 years and tracked for chronic diseases like cancer, as well as heart attack and deaths. The women took the hormone therapy for five to seven years.

By the end of the 18-year study, the death rates from any cause among the women receiving some form of hormone therapy were similar to that of women who took the placebo.

“It is a bit surprising that given the many risks of hormone therapy identified during the treatment phase, the net effect on all-cause mortality was neutral,” says Manson, who leads one of the WHI’s multiple study sites. “But that is the reason that all-cause mortality is such an important summary measure, since interventions like hormone therapy can have a complex pattern of benefits and risks.”

Past studies looked at specific health effects of hormone replacement therapy and deaths from specific causes, such as cancer and heart disease. They found a slightly higher risk of breast cancer and heart disease among women taking the drugs, which prompted a change in recommendations for doctors prescribing it. Most professional health groups, including the North American Menopause Society, now advise using the supplemental hormones for the shortest period possible, in the lowest dose needed, just to relieve the most severe symptoms of menopause. Based on the advice of experts including the U.S. Preventive Services Task Force, hormone therapy is no longer widely recommended to prevent chronic disease like osteoporosis, heart disease or cancer, as they previously were.

MORE: What Menopause Has To Do With Heart Disease

The latest findings should reinforce that advice, not reverse it, says Manson. While the 18-year data did not show an increased risk of early death among the hormone users, that doesn’t mean women should consider taking them just to prevent chronic disease. A detailed analysis of the data suggests that younger women who start taking hormone therapy may experience an up to 30% drop in the risk of dying early from any cause compared to women not taking the drugs. But that benefit disappeared over the 18-year period, which suggests that long-term use of the medications doesn’t confer protection.

It’s also important to remember that the hormones may have different effects on different diseases. For example, studies have hinted that estrogen may decrease the risk of breast cancer and even lower risk of heart disease, but it increases the risk of endometrial cancer, which is why hormone therapy usually includes both estrogen and progestin, which protects the endometrium. (That’s why women who have had a hysterectomy are prescribed only estrogen and not the combination of the two hormones.) Progestin, however, may contribute to a higher risk of breast cancer. To help understand the balance the beneficial and harmful effects of the hormones, a measure like deaths from any cause is useful; it takes into account the positive and negative effects and provides the net final outcome of the equation.

That hormone therapy did not significantly affect death rates from any cause during the long study period should be reassuring for women who are concerned about the health risks of hormone therapy, but who may have avoided the therapy despite having severe menopause symptoms. For them, there is now encouraging data that even if they take the supplemental hormones for five to seven years, they will not experience an increased risk of dying any earlier from any cause than women who don’t take them. 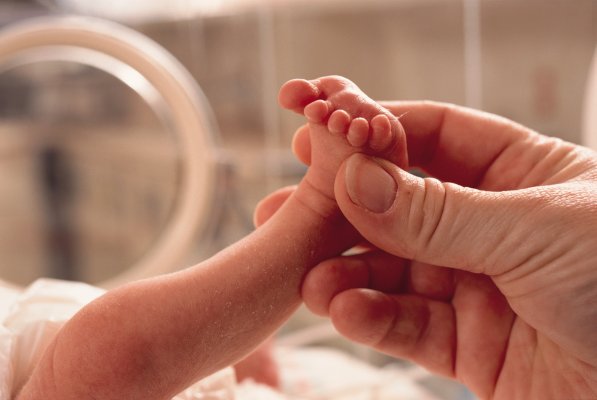 Older Dads Are More Common Than Ever Before
Next Up: Editor's Pick