On Sunday night, Miss North Dakota Cara Mund took the crown as 2018’s Miss America pageant queen. But one of the runners-up, Miss Texas Margana Wood, may have stolen the show.

During a question and answer section of the televised pageant, PEOPLE’s Jess Cagle asked Wood about recent white supremacist activity in the U.S.

“Last month a demonstration of white supremacists, neo-Nazis, and the KKK in Charlottesville Virginia turned violent and a counterprotester was killed. The president said there was shared blame with quote, very fine people on both sides. Were there? Tell me yes or no and explain,” Cagle asked.

“I think that the white supremacist issue, it was very obvious that it was a terrorist attack. And I think that President Donald Trump should’ve made a statement earlier addressing the fact, and in making sure all Americans feel safe in this country. That is the number one issue right now,” Wood stated firmly. She’s been getting quite a bit of support online for her unequivocal response, too.

Meanwhile, Mund was asked about Trump’s move away from the Paris Climate Agreement. Mund, who has political ambitions, also disagreed with Trump’s choice. “There is evidence that climate change is existing,” she said. “So whether you believe it or not, we need to be at that table, and I think it’s just a bad decision on behalf of the United States.” 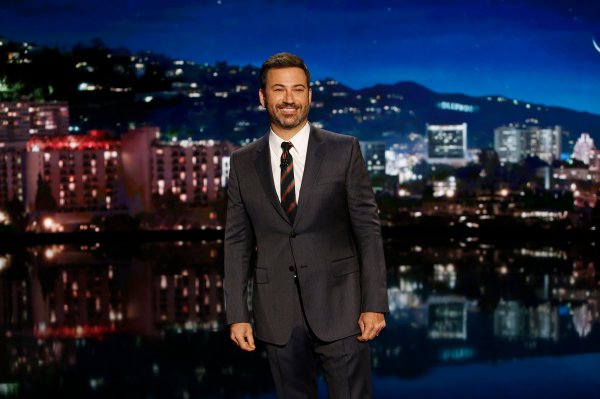 The Viral Bat Video Family Is Even More Hilarious Stealing the Show on 'Jimmy Kimmel'
Next Up: Editor's Pick